Chancellor Mary Grant of The University of North Carolina Asheville talks serendipity as an opportunity.

Serendipity is often used as a synonym for luck – but serendipity is not accidental. Serendipity is the result of deliberate steps we take to put ourselves in the pathway of creative collision. How we turn that collision into opportunity is where we make new discoveries and create our best work.

Join UNC Asheville’s Chancellor Mary K. Grant as she shares her story of serendipity and invites the Asheville audience to remember those educational moments that have defined turning points and transformation in their lives. 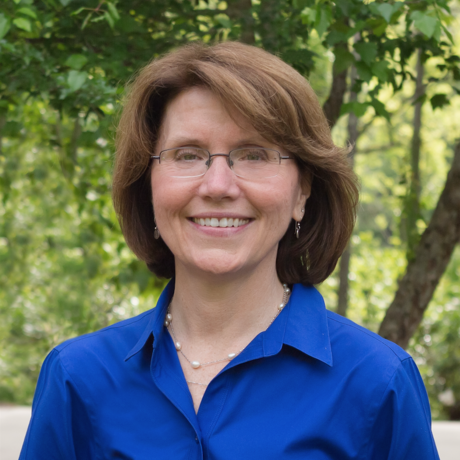 Dr. Mary K. Grant joined UNC Asheville as the seventh chancellor in January 2015, after serving for 12 years as president of Massachusetts College of Liberal Arts (MCLA). During her first two years, she established UNC Asheville as a center for creativity, innovation, and excellence in the public liberal arts, bringing the community to the table for events such as the annual farm-to- table dinner on the Quad, and expanding access to higher education while increasing enrollment in North Carolina’s public liberal arts university.

The university also opened STEAM Studio – an innovative space for engineering and design in the River Arts Makers Place, providing a pathway for students to make their careers and establishing a driving force in the creative economy. It is the rich creative talent both in the region and the university that has led to increased interest in combining elements of art and engineering into the curriculum. Dr. Grant has been proactive in renewing and developing partnerships; she has earned new support from both North Carolina GlaxoSmithKline Foundation and The Andrew W. Mellon Foundation to create new programming, initiatives, and student scholarships in both the humanities and STEM fields, reaffirming UNC Asheville as a center for excellence in the public liberal arts. She is leading a bricks and mortar renaissance at UNC Asheville as well, as the university is undergoing $67 million dollars in capital improvements to campus facilities.

Engaging the community is a major goal of Dr. Grant. Whether it is hosting world renowned speakers or national undergraduate research events, the university is better connected to the region than ever before. The growth of the university and city of Asheville over the past five years has demonstrated the need for the university to participate in the community. Faculty, staff, and students connect with city leadership to help address the issues a growing city often experiences. With successful Division I athletics, the university establishes stronger ties to the region. Community service is critical at UNC Asheville, and it will continue to be a focal point for Dr. Grant.

This mission-driven approach, anchored in the liberal arts, receives accolades from students, faculty, and college guides. UNC Asheville was ranked #1 for “Making an Impact,” by The Princeton Review in 2016, recognizing schools with the best community service opportunities, student governments, sustainability, and on-campus student engagement, as well as graduates with high job meaning. The university continues to earn high marks for value and academic excellence, garnering a Top 10 place on the Best Public Liberal Arts Colleges by U.S. News and World Report.

Dr. Grant is a leader in public higher education, having served as chair of the Council of Public Liberal Arts Colleges (COPLAC), where she directed a planning effort that culminated in bringing the COPLAC executive office to Asheville. She currently serves as vice chair of the board for National Campus Compact, vice president of the Big South Conference Council of Chief Executive Officers, as a director of the Asheville Chamber of Commerce and United Way of Asheville, and a trustee of the Norman Rockwell Museum.

She has received numerous awards and recognitions, including the 2014 MCLA Distinguished Alumnus Award, and the New England Board of Higher Education’s (NEBHE) Massachusetts State Merit Award. She also received the Council for Advancement and Support of Education (CASE) District I Executive Leadership Award in recognition of her success in increasing MCLA’s institutional stature in, and service to, the community. Dr. Grant was the recipient of the 2011 American Council on Education Massachusetts National Network of Women Leaders Lifetime Achievement Award, and was appointed to the Massachusetts Governor’s Science, Technology, Engineering and Math (STEM) Advisory Council. She holds a bachelor’s degree in sociology from MCLA, a master’s degree in public affairs from UMass Boston, a Ph.D. in social policy from The Heller School at Brandeis University, and an honorary degree from Williams College.