Big Bird & Belle Made Me a ‘Real Adult'

Cameron Garrity reminds us: reality is happening, struggle to bring it to life.

“There are no accidents,” claims puppeteer, writer, and graphic designer Cameron Garrity, when discussing personal growth and forming your own ‘Reality.’ Join Cam and his puppet side-kick Scrap as they share their journey through the creative world. 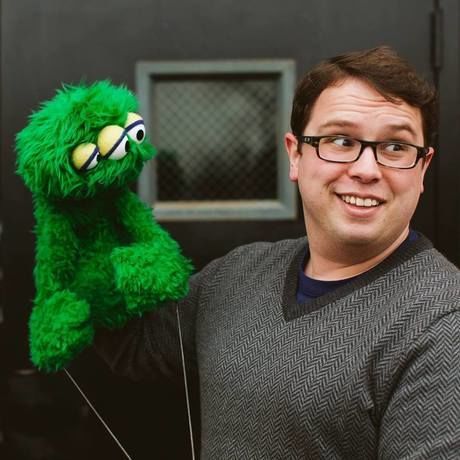 Cameron Garrity is a puppeteer and graphic designer born and raised in Buffalo, NY. Inspired by his early love of Sesame Street and the collective work of Jim Henson, Cameron has developed a number of projects that showcase the expansive world of puppetry. Cameron graduated with a BFA in Graphic Design and a minor in Theater from Daemen College in 2013, after founding his capstone project The Geppetto Festival: A Day of Puppetry, a biennial event that shares enriching presentations and performances that bring new life to puppetry. With Adam Kreutinger, Cameron co-founded Future Self Productions, where they create puppet-prominent films, commercials, and stage plays for local businesses and theaters. He has trained at the National Puppetry Conference at the Eugene O’Neill Theater Center, where he worked with renowned puppeteers such as Pam Arciero, Ronnie Burkett, Martin Robinson, and James Godwin. Cameron presented his talk “The Power of Puppetry” at TEDxBuffalo in 2013; he now sits on the group’s organizing committee at a program director and graphic designer.