Brian Keller, AKA Brain Killer puts in work to do what he loves. Through his hard work he was able to turn his childhood influences - skateboarding, punk, and video games, into the gnarly street artist and filmmaker we know today as BRAIN KILLER. 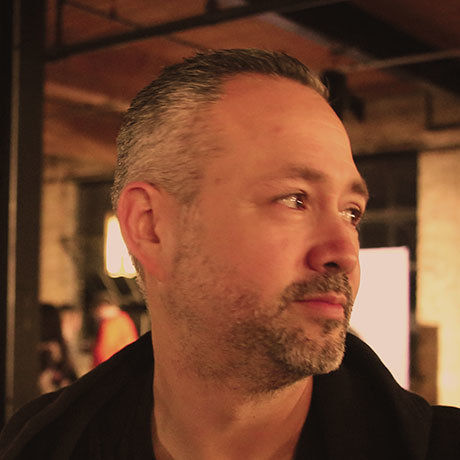 BRAIN KILLER™ (aka Brian Keller) is a visual artist working in a variety of mediums that include video, photography, illustration, murals and more. Brian has spent the past 15 years studying and working in arts and entertainment. After studying illustration and graphic design at Columbia College, he switched his attention to film and video with a concentration in cinematography.

Brian spent the first five years after college in LA as a producer for G4TV, a lifestyle network with a focus on video games, technology and pop culture. This is where he fine tuned his skills producing, writing and directing everything from comedy and entertainment segments to live in studio celebrity interviews. He was also on the founding team of G4’s flagship show, Attack of the Show, where his wheelhouse included comic books, street art, music, toy culture and pretty much any weird thing they allowed him to put on the air. While on Attack of the Show, Brian created and launched long running segments, produced live music performances, travelled the globe and wrote and produced countless celebrity film junket interviews.

Missing sweet home Chicago, Brian moved back to his roots and found himself in an uninspiring rut while working as a gun for hire. After searching for something as creatively fulfilling as the work he was doing in LA, he started his personal venture, BRAIN KILLER, as a creative outlet to have a voice and aesthetic without compromise. He began directing music videos, branded content, video art installations, and creating art again. After secretly plastering BRAIN KILLER posters all around Chicago, New York, Miami and Austin, his business took off with his art becoming just as successful as his videos.

As BRAIN KILLER, Brian has worked and collaborated with companies like Dark Matter Coffee, Threadless, Stache & Hyde, Man B Que, Red Bull and more. In 2013 BRAIN KILLER was named best filmmaker in Chicago by the Chicago Reader and shortly after he began producing branded content and commercials for Onion Labs, The Onion’s ad agency. He’s worked with creative teams and crews in almost every major market in the U.S. and a few international markets namely, Japan, Mexico and Canada. With a solid grassroots and guerilla foundation Brian’s goal is to continue to take it as far as it can go.