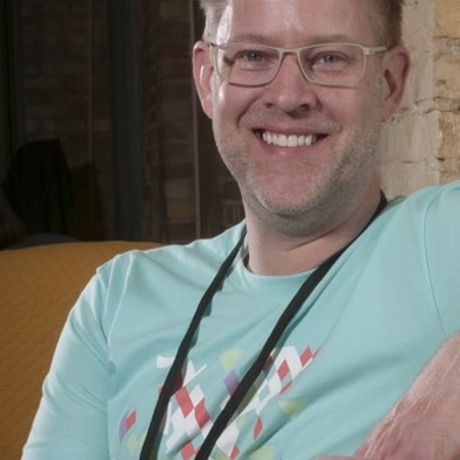 Over the course of his career, Bill has been an entrepreneur, consultant, executive, scholar, chef and competitive cyclist. What’s the “red thread” that connects all of them together? Bill is a pattern recognizer with a love for new ideas, problem solving and story-telling. Bill has a passion for supporting others, enabling social entrepreneurship and encouraging risk-taking…one small bet at a time.

Bill was the Co-Founder and Managing Director of HUB Grand Rapids, Lead Organizer of TEDxGrandRapids 2013 and 2014, and was the founding Executive Director of ArtPrize for two and a half years while working he was working as the President of Pomegranate Studios.

Currently Bill is working as a Vice President at The Understanding Group, a consultancy focused on Information Architecture.

Sometimes the wrong idea is really the right idea at the wrong time. Or maybe it has something to do with not having enough time. — Bill Holsinger-Robinson

We lose as a community, and the risk-taker learns that they just shouldn't take the risk anymore. — Bill Holsinger-Robinson

If we're not in a position to learn from that failure quickly, learning end up dissipating and not happening at all. We end up losing out as a result of that. — Bill Holsinger-Robinson

And don't get me wrong, I applaud our desire to continue to encourage people who are making the attempt. It takes courage to take that risk. But what happens when they fall? Do we truly spend enough time helping them get back up? — Bill Holsinger-Robinson

The truth is we need to encourage both the risk, and make sure we're following through with the support regardless of the outcome. — Bill Holsinger-Robinson