Audience Takes the Stage for Pioneer 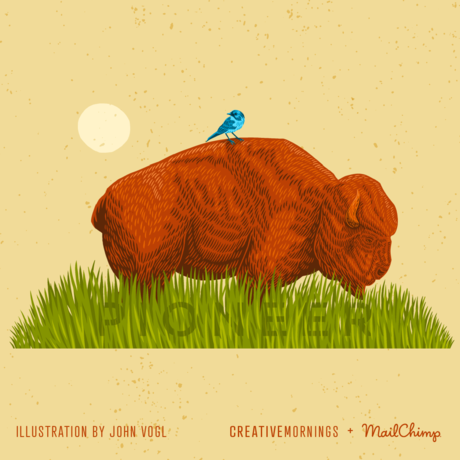 Clarence is a service designer who enjoys applying his interest in film and background in theatre to communicate ideas and concepts more effectively. Inspired by the power of storytelling and character-driven narrative, he believes businesses have an opportunity to authentically engage with communities through empathy-driven experiences. Since graduating with a Business degree in Design and Management at Parsons School of Design in 2013, Clarence has worked in a variety of roles in the education, arts and hospitality sectors; including user experience designer, content producer, and event planner. Clarence will be sharing a reflection on how film, in particular, Spirited Away and its resilient protagonist, shaped my perspectives on taking risks, pursuing the unknown and finding confidence in things that are often seen as weaknesses.

Cath is an Aussie who’s lived in London, New York and Hong Kong. She loves traveling, music, writing, running, reading, meditation and hiking to name just a few things. Those interests however typically appear only as a footnote on her resume given her career is in Finance, where the grades you got at college or the investment bank you trained at matters most. But that shouldn’t be the case. People in ‘non-creative’ industries like Cath should be embracing their ‘creative’ sides not just for the purpose of play but because, as she has experienced, it’s actually the key to advancing your ‘non-creative’ career. If Cath is able to pioneer a change in the world it would be this: to show ‘non-creatives’ that success in today’s world means embracing their creative side. Oh, and it makes life a whole lot more fun too.

Natalie Wong is a sculptor, visual artist and fashion buyer. Natalie grew up in the UK and moved to HK in 2012. Although currently working in the creative industry, she completed her Bachelor’s and Master’s degree in Law at King’s College London. Having worked in the finance industry for a few years, Natalie decided to follow her passions and quit her corporate job in April 2017. Natalie’s artwork has been featured in several international publications including GQ, Esquire, HYPEBEAST and Lifestyle Asia. Natalie will discuss pioneering a new genre of art and creating artwork that signals a turning point in a global sub-culture; going viral on the internet; exhibiting her artwork in South Africa; being hired to be a fashion buyer for a major Warner Brothers’ movie featuring an All-Asian lead cast and completing her first art collaboration with NIKE to celebrate LeBron James’ Asia tour.