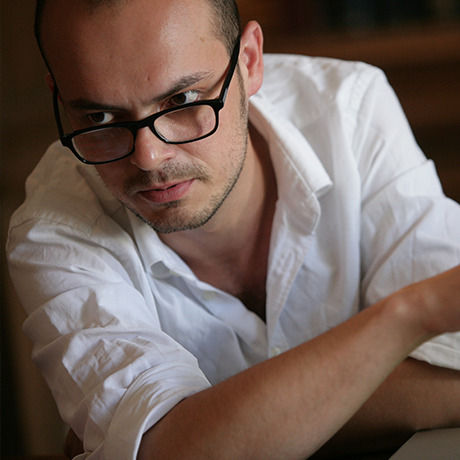 Attlila Kim grew up in Târgu Mureș, where he spent a lot of time at home imagining and exploring construction possibilities with Lego bricks. After studying Architecture and Urban Planning at the Technical University in Cluj Napoca, he attended several scholarships in Europe and the United States, and got his Doctor of Liberal Arts degree at the Moholy-Nagy University of Art and Design, Budapest. He is also founding member and partner of Studio Kim Bucșa Diaconu (SKBD) and Lundi Et Demi.

His work potofolio covers several categories, but the most significant ones are those of small and medium-sized architecture, contemporary art exphibition architecture, and renovation and rehabilitation projects, such as: Larix Guest House (Sălciua), Romanian Design Week (2013 and 2014 editions), Mircea Cantor: Q.E.D (MNAC, Bucharest, 2013-2014), Transformation. Romanian Sculpture 25 Years After the Revolution (Beelden aan Zee Museum, Hague, 2014) European Travellers: Art from Cluj Today (Kunsthalle, Budapest, 2012), and many many others. It’s also worth mentioning that Attila is the mastermind behind the redesign of Elvire Popesco Cinema Hall, which kindly hosts our Creative Mornings events each month.