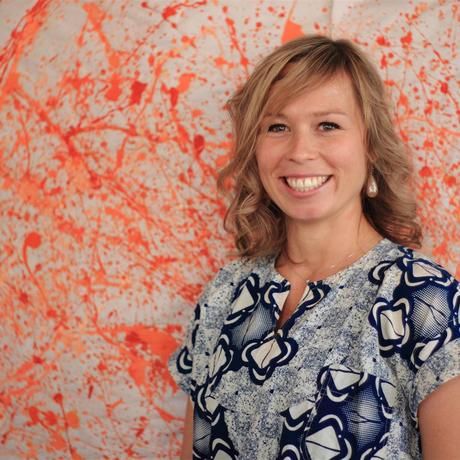 Before launching Fail Forward, Ashley worked in Cairo with the United Nations Environment Programme and as a management consultant in Vancouver, Canada. In both lines of work, Ashley saw a fear of failure inhibit innovation, adaptation, and general growth. In response, she launched both AdmittingFailure.com and the consulting firm, Fail Forward, to spark a shift in how civil society perceives and talks about failure, and to help organizations learn, innovate and build resilience. Since early 2011 Ashley has worked with organizations – from grantmakers and nonprofits to government and private sector companies – to use failure as a learning tool and culture driver to support and foster innovation. She is well known for building the Organizational Learning Team at Engineers Without Borders Canada, and continuing to lead the development of their annual Failure Report.

Her work on failure has received coverage in a wide range of media and news outlets, including the Stanford Social Innovation Review, The Guardian, Harvard University’s Hauser Center for NonProfit Organizations, TED talks, BBC World, The New York Times, The Wall Street Journal, The Globe and Mail and, most recently in interview with Arlene Dickinson on CBC. Ashley was also the 2013 recipient of the prestigious Harvard Business Review and McKinsey Innovating Innovation Award.

Fail Forward is a mission-driven consulting organization founded by award-winning innovator Ashley Good, that aims to foster a culture of intelligent failure on both the individual and organizational level. By creating a safe space to openly discuss failure, and offering clients a set of tools and practices to deal with failure intelligently, Fail Forward helps organizations to turn failure into a catalyst for adaptation, innovation, and resilience. Founded in 2011, Fail Forward works with a variety of business and non-profit organizations, including Engineers Without Borders Canada and The International Fund for Agricultural Development (IFAD), a specialized agency of the United Nations. Ashley Good is a sought-after speaker who has traveled throughout Europe, Scandinavia and North America to share her ideas and practices on intelligent failure.

It takes a certain kind of person to actively seek out criticism. But those are the leaders and people that organizations need the most. — Ashley Good

Negative reactions to failure prevent us from harnessing that productive potential that sits in our failure. — Ashley Good

We need to completely unlearn everything that school taught us about failure. — Ashley Good

School has the tendency to teach us to be consumers of knowledge. — Ashley Good