Making a Living as an Artist

The ability to overcome adversity and withstand waves of turbulent times is part of the human spirit. In our hardwiring, it is the oldest of threads that also fuels our creativity. In 2005, Andrew Simonet founded Artists U, an artist-run incubator for helping artists make sustainable lives. In June 2017, he spoke to CreativeMornings Philadelphia about making a successful, sustainable living in art. 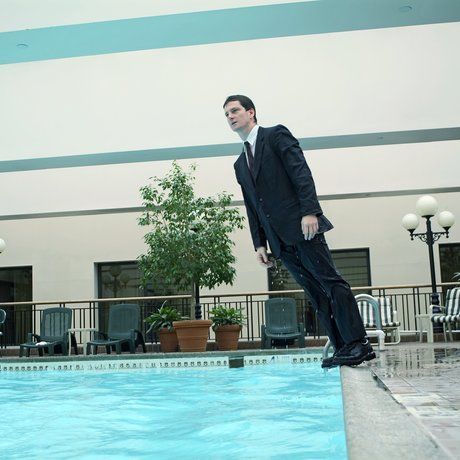 Andrew Simonet is a choreographer and writer, and the founder of Artists U. He was, from 1993 to 2013, a founding co-director and choreographer of Philadelphia’s Headlong Dance Theater. His projects included CELL, a performance journey for one audience member at a time guided by your cell phone, and This Town is a Mystery, performances by four Philadelphia households in their homes, followed by a potluck dinner. His debut novel, The Rubber Room, will be published by Farrar Straus and Giroux in 2018.

Andrew has received a Pew Fellowship in the Arts, an Independence Fellowship in the Arts, a Yaddo Fellowship, and a Bessie for Choreography at the New York Dance and Performance Awards. His work has been supported by The Creative Capital Foundation, National Endowment for the Arts, Pew Trusts, Rockefeller Foundation, Japan Foundation, and New England Foundation for the Arts. His work has been produced by Dance Theater Workshop (NYC), The Kyoto Art Center, P.S. 122 (NYC), Central Park Summerstage, The Jade Festival (Tokyo), The Philadelphia Live Arts Festival, The Massachusetts Museum of Contemporary Art, and the Portland Institute for Contemporary Art.

In 2005, Andrew founded Artists U, an artist-run incubator for helping artists make sustainable lives. Artists U has programs in Philadelphia, Baltimore, and South Carolina, and does workshops and community building nationally. He is the author of Making Your Life as an Artist, published by the Ford Foundation. Andrew currently writes and is the producer for Barbacoa, a documentary film about undocumented citizen, restaurant owner, and activist Cristina Martinez. Andrew lives in West Philadelphia with his wife Elizabeth, a theater director, and their sons Jesse Tiger and Nico Wolf.

What would be the scariest thing to do next.... use that to figure out what to do next... If I am really terrified of it there's heat there. — Andrew Simonet

(Mission) aligns me with other people in my field because if we all succeed then we have more impact. — Andrew Simonet

Once you know your practice and you deepen it, it is easier for people to pay you. — Andrew Simonet

Underneath everything we do in our working world like there's this one crazy truth which is we're just slowly inexorably getting really good at something. — Andrew Simonet

Projects are years but work is decades. — Andrew Simonet