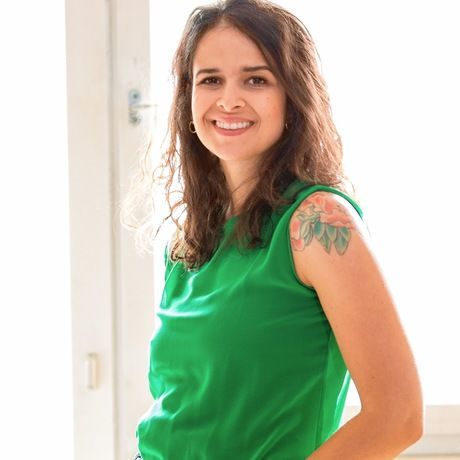 IMPORTANT INFORMATION: Due to the current situation of COVID-19, we will host this event online via our Facebook Live. Follow us on www.facebook.com/cmmuc to stay updated.

After working for a number of years as an Account Manager at an advertising agency, Ana Clara found her calling at the age of 29 in the most unlikely of contexts - being pregnant with her second child. Rather than seeking security at a time of usual uncertainty, she felt an undeniable urge to step out of her comfort zone. She realized that whatever she would do professionally from then on would have to justify the time spent apart from her children, period. It would have to be steered by a sense of purpose.

Having gone through pregnancy and the postpartum period twice, she recognized the importance of adequate nourishment and acknowledged how deprived and depleted many women felt, often thinking that this was just how they were supposed to feel. After that realization, she became certain of her purpose - that of supporting women and their proverbial “village” in thriving from the inside out. Ana became a Holistic Nutrition Consultant for Pregnancy, Postpartum and Babies, and to that end, she founded Yolk Nutrition (where she offers primarily 1-on-1 consulting, as well as other services).

Ana is originally from Rio de Janeiro, Brazil, and lives in Munich with her French/American husband, her two kids and her black cat. When she’s not acting upon her purpose, she’s usually sipping on coffee, listening to 80s music and/or obsessing about Japan.