A reminder that inclusion requires acknowledging a history of aggression and injustice. 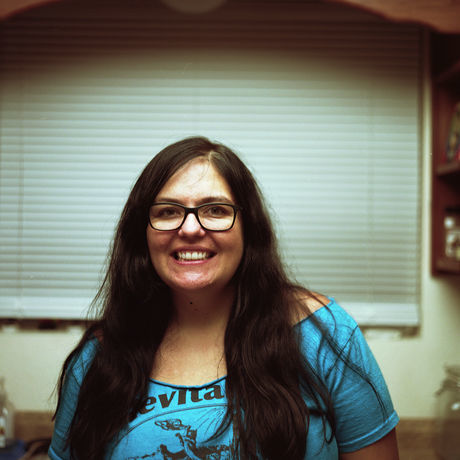 Alisha Vasquez is 5th generation Tucsonense whose family has strolled down Congress St. since immigrating to Tucson in 1880 from Altar, Sonora, Mexico. A trained historian and the first in her family to attend college, she’s filled with historical tidbits that represent decolonial uncoverings about her hometown such as the fact Congress Street was called Calle de la Alegria until 1871 when imposing Americans erased the happy street to be renamed after the Congress Hall Saloon erected in 1868. And before being called Calle de la Alegria, the land was cared for by those indigenous to this region. She comes from a long lineage of Tucson carriage makers, blacksmiths, adobe house-builders, and chingonas.

Her Chicana-krip-queerish bodymind exists intersectionally while inhaling monsoon dirt and creosote year after year after year. Alisha is an educator and credits street kids, community activists, her mama, and those without official titles as her greatest teachers. She is co-coordinator of the Pima Community College Border Culture Program and has taught for the Earlham College Border Studies Program the last four years; currently she is taking a year off of formal teaching to care for her 4 month-old, Athena Zarelia.