Learning the Game for Me

DJ Adrian Butler gives his top ten tips for having game in his career. 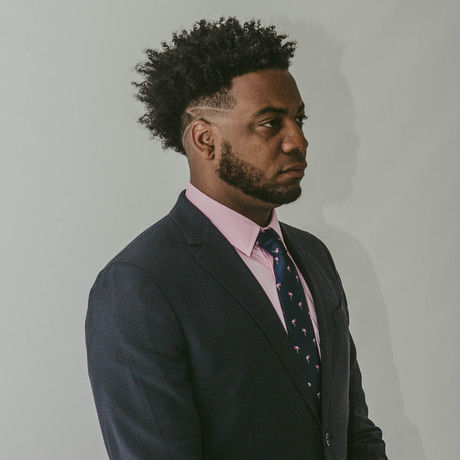 Adrian Butler aka “AB” is a Michigan-born creative entrepreneur with a laugh that lingers. It’s impossible to box his talent into one category - musician, designer, role model, DJ, culture influencer - and his imprint on the region is indelible.

His innate understanding of music and people has led him to be one of the most in-demand DJs and event hosts in Grand Rapids, though his reach extends far beyond the dance floor. As a hip-hop musician, he’s recorded with innovative artists including SuperDre, Dante Cope, Rosewood 2055, Josh Burge, DJ Snax, and Ajax Stacks. His early endeavor, the 7-piece band “AB and Coconut Brown,” introduced a hip-hop/big band fusion that has yet to be duplicated. AB began DJing as a hobby over a decade ago, inspired by the work of a random Chicago DJ. It has since evolved into an authentic brand of joy, swagger, and connection. Whether it’s on stage, in the booth, or across a table at a coffee shop, AB brings a refreshingly personal touch into the mix. His DJ sets are a cool blend of timeless classics, underground bangers, and everybody’s favorite songs. He seamlessly blends new and old, criss-crossing genres, and uniting people with the power of sound.

He’s lent his understanding to event partnerships and productions, where he’s worked with clients such as ArtPrize, Downtown GR Inc., the GRAM, and the Grand Rapids Auto Show, and his events range from Grand Rapids’ original Back to the 90s Party to disco fiestas in lowkey mansions to opening for Lil’ Wayne & raging at the Breakaway Festival. AB also believes in true love and lends his talents to celebrating it in all its forms. Yes, even wedding receptions. His recent endeavor, Layer Cake, is the latest iteration of his vision of culture. A minimalist fashion line that can easily be incorporated in to anyone’s personal style. It offers a new form of self-expression that taps into AB’s love of illustration and design, and looks great on all bodies.