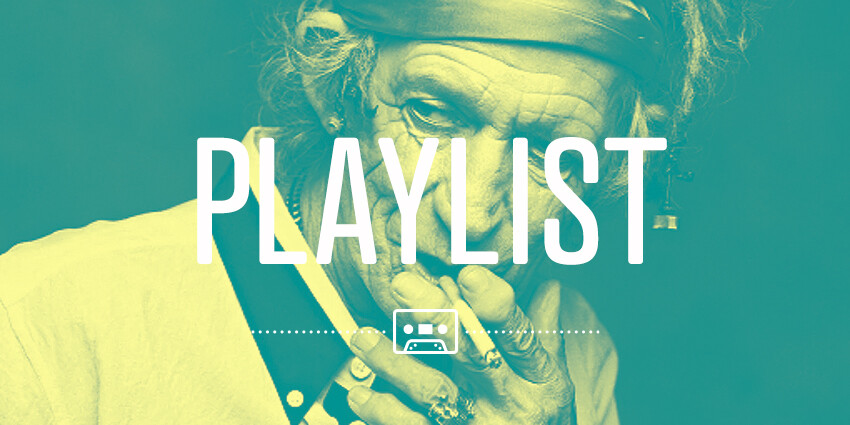 This months theme Survival was selected by the Baltimore chapter of CreativeMornings. Having grown up 20 minutes south of Baltimore, I spent many late nights exploring the city’s clubs, music venues and art spaces in my youth and into adulthood. Baltimore is a hot bed of creativity and art. Artists thrive in “Charm City” and it’s no coincidence that it’s one of the last affordable large urban centers on the East Coast. It’s also home to one of the best art schools in the country, MICA. All of these things converge to make Baltimore fertile ground for creative ideas and people; a place where creativity can survive the cost of living.

It’s all about Survival. Songs of perseverance, struggle and endurance make-up the Playlist this month. What’s more empowering than a defiant Beyonce singing “I’m a survivor, I’m not gon’ give up” in Destiny’s Child’s “Survivor”, or Johnny Cash’s stoic rendition of Tom Petty’s “Won’t Back Down” or my personal favorite, Thin Lizzy’s anthemic “Soldier of Fortune”.

I introduced the Playlist with a unique track from Season 1, of the TV show Fargo. On a side note, the musical director for that show is doing a fantastic job. The original songs are cool, the selections are great, and the music is creatively integrated throughout the series, I love it. The song I included is an original track called “Wrench and Numbers”. It’s a percussion only, theme song of sorts, for two of the shows most interesting antagonists, a deaf hit man named Mr. Wrench and his loyal partner Mr. Numbers. Menacing, committed and effective, the two unconventional fixers, wreak havoc throughout the Season. In the show, Fargo is a dangerous place filled with killers and death around every snow bank, and spoiler alert, only one of the hit men survives the carnage. A little further into the Playlist is the crate-digger gem “Bra” by the British funk outfit Cymande. The horn riffs in this song are so good. I remember it from Spike Lee’s (highly underrated film) Crooklyn, and it is such an excellent song to use as a backdrop for the neighborhood scenes of a bustling Bedford Stuyvesant in the 70s.The groove is infectious and optimistic, if it doesn’t get your head nodding, nothing will. “Bra” is a song of perseverance, the chorus refrain reassures us, “But it’s alright, we can still go on”.

Cass McComb has did a cover version of the Pointer Sisters song “Yes We Can” it’s pretty cool. It’s got a kind of a schoolhouse rock vibe about it. The song was created for a Planned Parenthood benefit album called “Cover Your Ass Vol. 1‘ which features a number of cover songs by a bunch of great bands. Check it out, maybe even buy a copy. In honor of the Baltimore chapter, I peppered in a number of bands from Charm City throughout the Playlist. Among them, Beach House, Celebration, Dan Deacon, J Roddy Walton and Rod Lee. Speaking of Rod Lee, we could go down the Baltimore Club rabbit hole, but I’ll let you do your own investigation, besides, I’m sure none of those tracks are on Spotify anyway.

This month we lost another great artist, Chris Cornell. He was the lead singer of the seminal grunge band Sound Garden. Coming from more of a punk ethos, Sound Garden always seemed to have more street cred than the other grunge bands of the era. At least with those early records. This Track, ”Hand all Over“ is about the survival of the planet and man’s attempts to destroy our mother earth. Chis had one hell of a voice and was still actively creating music up until his death. RIP.

I closed out the Playlist with the Paragon’s classic rock steady stomper ”The Tide is High“. The song is about a jilted man committed to holding on during turbulent times, hopefully his dedication will survive the rough waters. "The tide is high but I’m holding on, I’m gonna be your number one, I’m not he kind of man who gives up just like that”. Of course the track will sound familiar to many because a cover version of the song was a hit single from Blondie’s 1980 album “Autoamerican”. Debbie Harry’s version is pretty great as well.

That’s a few of the highlight from the over 30 selections of survival themed tracks. I hope you enjoy the rest of the Playlist. Thanks for listening. If you like these Playlists, please share them and give me a holler on twitter @jiquin. See you next month with another Playlist.