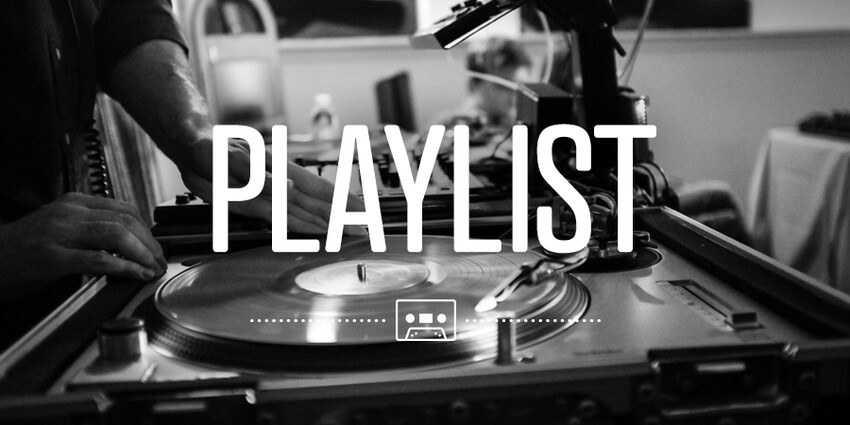 Editors Note: We first stumbled upon Jim Quindlen’s playlists when our DC organizer, Joel Daly, sent them our way. Since July, we’ve loved tuning in to Jim’s monthly stack of tracks and getting in the mindset for each theme. We wanted to share that feeling with the community, so have asked Jim on as a contributor to share his themed playlists here each month.

In this first post, we’ve invited him to share a bit about himself, as well as the thinking behind this month’s Freedom playlist, embedded below.

I was an artist and a DJ ong before I became a Creative Director. Growing up in Maryland, just north of DC, I was turned on to DJing in high school. That was over 20 years ago (yup, I’m old) and I’m still hooked. You can sometimes find me DJing around town at various dive bars and local venues under the moniker “DJ Jim Q.” Creativity takes many shapes and forms and DJing is another way I’m able to experiment, compose, create and connect with people.

As the resident sound man and playlist-creator-guy for CreativeMornings/DC, I have been involved since the chapters inception, helping with music, sound and set-up. For the inaugural event, I pulled together a playlist containing only DC bands (of course). We’re very proud of the city’s musical contributions: Bad Brains; Minor Threat; Chuck Brown… The team was super excited about our own chapter of CreativeMornings and it was a rah-rah-rah around the city.

I continued to use the playlist at the beginning of each event, however, by the third event, it was getting a little repetitive. When the “Space” theme rolled around, I was inspired and put together a playlist on the theme. As people shuffled in, few noticed the music—it’s early and creative folks generally aren’t that alert in the morning—but a handful of folks did and asked if the playlist was available. It became a tradition.

So, every month, I scan through the musical catalog in my brain and pull together a playlist of 30 or so songs inspired by the month’s global theme. I think about the theme broadly and find songs that align with the spirit of the theme (not just tracks that simply have the theme in the song title). Starting this month, I will be sharing these playlists with the broader CreativeMornings community, posting a new themed playlist here.

This month’s theme is Freedom. It’s a good one. I interpret the theme as meaning ‘without limits.’ I think of: flying; the open road; breaking free; liberation; no rules! However, this approach did lead to a bit of an overlap with the Rebel playlist. I have a strict no repeats policy, so I had to eliminate a few tracks, most notably The Modern Lovers “Roadrunner”. Damn, that is one of my all time favorites and it fits the theme perfectly. Just know that it’s there in spirit.

I must admit one of the first tracks that came to mind when I learned of the theme was Van Halen’s anthemic “Unchained”. It features Diamond Dave at his very best, that opening growling riff with that 80’s phaser, come on! It just sounds like freedom, right?

On the more modern side of the playlist, The Shoes track “Time to Dance”, from a few years ago, is pretty epic in it’s own right. It just keeps driving forward, building, with that simple piano loop, layering gigantic drums in a straight four-on-the-floor beat, it makes me want to break out (on a side note, the video is amazing, check it out if you want to see Jake Gyllenhaal, on a dark American Psycho-esque killing spree, it’s insane, especially with that upbeat optimistic song as the backing track).

My favorite Cat Power song “Free”, made it into the mix. I’m not entirely sure what this song is about, it’s seems it’s about letting go of your inhibitions and feeling the music or love or both. I always try to include a Thin Lizzy song. If you don’t listen to Thin Lizzy, you should stop what you’re doing and go listen to “Live and Dangerous” right now. Well, I hope you enjoy listening to the playlist as much as I enjoyed pulling it together.

P.S. If this post left you lusting for more, check out Jim’s playlist from last month’s theme of SEX!