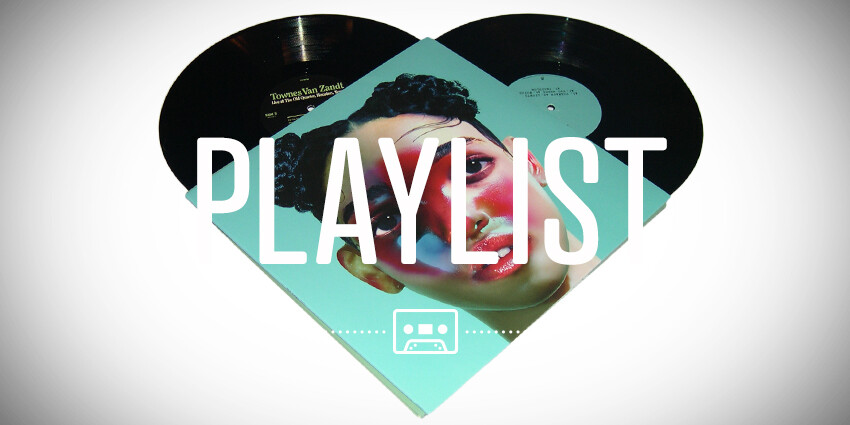 I already wrote a bit about Empathy within the Humilty post a few months back. The two are closely related. You really can’t empathize without being humble and considering others needs ahead of your own. Good designers empathize, they are able to view the world from the perspective of the audience. More-over, they have compassion for their audiences problems and challenges. With those insights, designers are able to create solutions to make experiences better. From phones, to websites, to educational materials, to systems and processes, when design is solving problems, empathy is fundamental to those solutions.

This month finding good tracks was interesting. I noticed most songs are self-centered, that is to say, performers are mostly singing about their own experiences rather than sympathizing or identifying with others. I guess that’s pretty natural as art is often characterized as self-expression. It’s really interesting when artists put themselves in the shoes of others or express compassion about another persons situation.

I feel like I kinda had to open with “Sympathy for the Devil”, I will admit its somewhat predicable, but what a great track. Jaggar sings from the perspective of the dark lord, with that infectious samba groove shuffling the track forward with such momentum you almost start to feel a bit for old Lucifer.

Prototypical 90’s (actually late 80’s) disillusion and angst summarized in the irony drenched “We Care a Lot” by Faith No More. This was an early song by the band was prior to their break-out album Epic, and is without Mike Patton on vocals. As I remember it, the song was more of a skate anthem on the Suicidal Tendency’s side of the genre spectrum than a metal song, which the later Faith No More stuff seemed to lean. It’s a fun track. You Faith No More nerds out there might notice that I included the rerecorded version from the second record “Introduce Yourself”, I like that one better, sorry.

Chaka Khans “I Feel For You” was on Spotify, but since creating the playlist, it has been removed, just know it’s supposed to be there, and go ahead and check it out the video instead. The video is fantastic. Look at those 80’s fashions, plus you have Turbo and Ozone from Breakin’, along with Melle Mel. This video might have been the first time I saw the wheels of steel and scratching. The song is actually a Prince cover (it appears on his first record) and after knowing that, there is no way you can’t imaging him sing it, its quintessential Prince.

Secret Machines cover of Dylan’s “Girl From the North Country” is phenomenal. I know its slow and plodding even droning at times, but it is so emotionally loaded you can feel the longing and the regret communicated through Brandon Curtis’ shaky voice. It sounds like it’s on the verge of breaking. The subtlety of the guitar, with slow atmospheric builds gives me chills every time. Though to be fair, even the upbeat original version gets me worked up, maybe it’s my English roots. The song was written by Dylan after his first trip to Europe, and it is rumored to be about his girlfriend and their split. Around that time Dylan was being exposed to some of the traditional European ballads and the song has direct references to Scarborough fair. Although it’s not clear, it seems he is sending her love, but letting her go despite his intense feelings for her. I assume it’s an act of empathy.

Those of you who follow my playlist may have noticed I’m a Pulp fan. Well this month I included “Do you Remember the First Time”. Now it’s debatable whether or not this is about Empathy or just a smitten Jarvis Cocker pleading with his lover to leave her straight-laced dud of a man. I read it as him empathizing with her unhappiness and offering an alternative, him. What a player.

David Bowie’s “Space Odyssey” is great example of empathy. Bowie imagining himself as ground control communicating with a doomed astronaut as his ship floats off into the void. Then he switches roles to Major Tom, the astronaut, and communicates back to the control room “…I’m past 100,000 miles, I’m feeling very still. I think my spaceship knows where to go. Tell my wife I love her very much, she knows” “…ground control to Major Tom, your circuit’s dead there’s something wrong. Can you hear me Major Tom?”. This whole thing seems like a metaphor for David Bowie’s transition to stardom, losing touch with the real world through his success. Just guessing here.

OK, I was torn about including Bill Withers “Lean on Me”, it’s soooooo cliche, I know, but after listening to it again, I had to do it. I would venture to say that you need to check yourself if you don’t find it moving (seriously you might not have a soul).

I love Marlena Shaw’s “Woman of the Ghetto” , particularly this live version, it feels so unfiltered and raw. She paints a vivid picture of the real challenges and burdens of a woman living in a ghetto. It feels like a window into the thoughts of the songs protagonist. Through her poetic lyrical free association, from scene to scene, thought to thought, she puts us in the place of the woman and her experiences as she moves through the world around her. Potent stuff.

Thanks for listening, I hope you enjoy the playlist. If you like what you hear, please share and follow me on Spotify. See you next month.