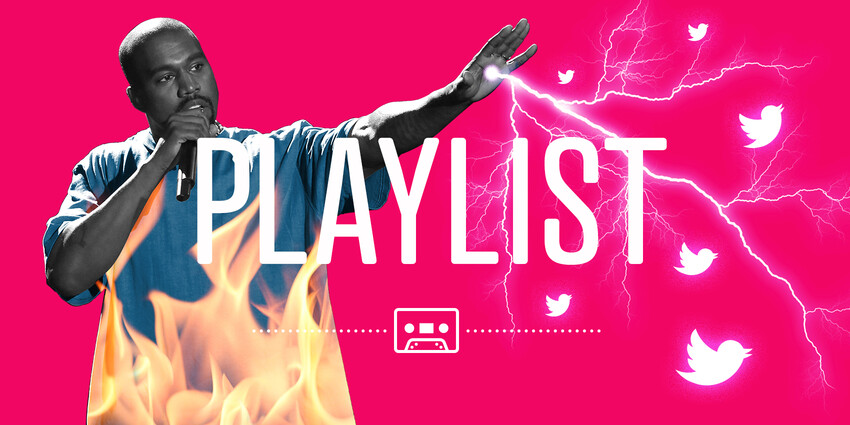 Brace yourself, things are going to get messy. This month’s theme is chaos. While we often interpret chaos as bad, it is neither malevolent nor benevolent, it’s actually ambivalent. Nonetheless, chaos often amplifies our fundamental human anxieties about change and loss of control. Maybe we can reframe the disorder as a possibility and discovery, especially in a world where everything is quantified and engineered. Let’s get unpredictable.

From the chaos of Kanye to the disorder of Joy Division, this months playlist embraces the entropy, rejoices in the random and consecrates the chaos. The King of Pop stirs things up with “Wanna be Starting” something, Ms. Ross’s world is in upheaval in “Upside Down”, Wu-Tang “Brings the Ruckus”, and the Pharcyde is spreading “Pandemonium”. That’s just a sampling, the playlist is filled with a bevy of songs about disarray. So queue it up, sit back, relax and enjoy the turbulence.

The Tijuana Chapter selected the theme this month. And as is the tradition, I like to include at least a few songs from the chapter that picked the theme. I found some wonderful tracks to include, starting with a band I have never heard of, Mint Field. Their latest release “Pasar de las Luces” is phenomenal, I just ordered a copy on vinyl. It’s dark, ethereal, moody and mysterious, the production is lush and big, but it also has enough edge to keep it grounded. Of the song list on the album, I included “Quiero Otoño De Nuevo”, the band’s homage to krautrockers “NEU!”. In looking for other bands, I was delighted to discover Tijuana No!‘s upbeat ska-ish cover of the Clash’s “Spanish Bombs”, The Spanish lines in the song sound more musical coming from a native speaker, no offense Mr. Strummer. For a slight change of pace, I included María y José stomper “Club Negro”, the sound alone is disorienting and chaotic, dark synths mixed with pitched down vocals give the track a very ominous feel. Finally, I included Vanessa Zamora’s tale of a turbulent relationship, “Malas Amistades”, an expertly crafted pop tune with depth and soul.

This past month we lost one of the greatest voices in the history of music. Of course, I’m talking about the Queen of Soul, Aretha Franklin. Her life, artistic legacy, and undeniable influence have been well documented elsewhere, but I would be remiss if I didn’t mention it here. So pick your favorite Aretha record and listen to it start to finish. If you don’t have a favorite, I recommend “Young, Gifted and Black”. Or how about 1970 “This Girl’s in Love with You”, in fact, that’s where I plucked the opening song of this month’s playlist, her fantastic version of the Band’s “The Weight”. While the song in its original form is an undisputed classic, through her it is transcendent. She brings equal parts emotion and swagger to the chaotic journey illustrated in the song about the weight of expectation. She must have carried a mountain.

I hope you enjoy the selections this month. If you dig these playlists, follow me on Spotify and give me a shout on Twitter, I would love to hear from you. See you next month.