Violeta Moser asks the question: Can we see others within the context of their reality?

On Friday, December 1st at Warehouse 242, over 400 creative Charlotteans gathered to celebrate our chapter’s 2nd Birthday (!) and to hear LAWA (Latin Americans Working for Achievement) executive director, Violeta Moser, tackle our global theme of “Context.” In her talk, we heard highlights of her 43-year journey from Lima, Peru to Charlotte, NC – including her early life, her arrival in the US, and her current work with students and education. In light of the political events of the past year, Violeta also put the needs, the fears, the dreams and the new reality of Latinos in the United States in context for all of us. 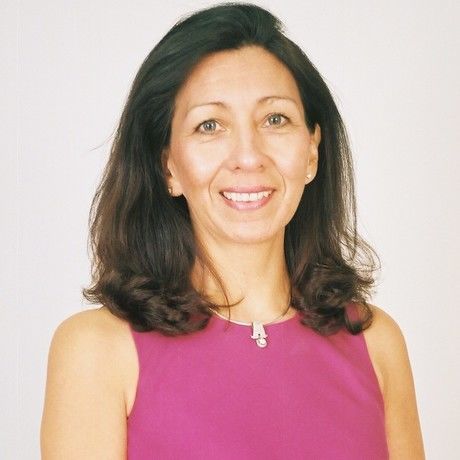 Violeta started her career in the banking industry. She was a bank officer in the areas of corporate finance, operations, and procurement for a 15-year span. Later, she joined a multicultural training company developing business in Latin America as communications and training consultant. Violeta expanded her career in 2005 when she joined a Charlotte marketing and research company as business partner to build the Hispanic/Latino markets.

In 2010, after a long business career, Violeta entered the non-profit sector. Currently, she is Executive Director of LAWA (Latin Americans Working for Achievement, formerly LA Women’s Association), a non-profit organization that supports the educational advancement of Latinos in the Charlotte Region.

Throughout her career, Violeta has been actively involved in her community serving on various boards and committees. She currently serves on the Board of Trustees of Central Piedmont Community College and Wingate University, the Mint Museum’s Education Committee. Violeta is former board president of the Latin American Coalition, and has served on several boards and committees such as A&T, NC Arts Council, Community Building Initiative, YMCA, United Way, and most recently with Read Charlotte and the Early Childhood Executive Task Force.

Violeta is a William C. Friday Fellow for Human Relations and the American Leadership Forum. She is an alumna of Leadership Charlotte, the Center for Creative Leadership, and the Women’s Leadership CORP. She has received various recognitions and awards throughout her career.

Violeta studied in Universidad Nacional Federico Villarreal in Lima-Peru, and earned her bachelor’s degree in business and education from Montclair State University in New Jersey, USA. She is a native of Lima, Perú and has lived in the U.S. since 1974. Violeta and her husband Robert Moser have a married daughter who lives in Denver, CO.