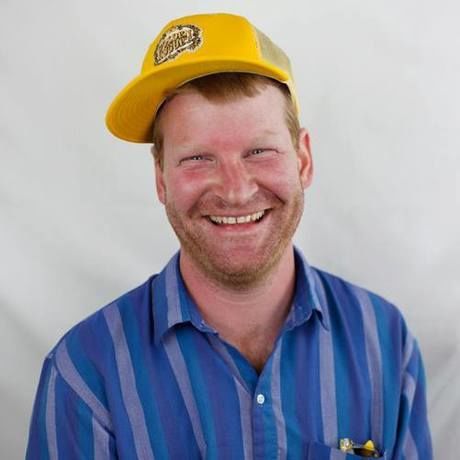 Tyler Kimball was born and raised in Kansas City, Missouri. After growing up in a very art friendly family and community, he found glass as his medium and voice. With a beginning in stained and leaded glass, Kimball soon moved into hot glass while living in Seattle, Washington. Over the ten years he spent in Seattle, he worked an average of 60 hours per week in multiple studios, assisting, gaffing, and designing blown glass.

His signature work also grew during that time spent in Seattle. Upon his departure from Seattle, he traveled the country doing residencies and teaching courses at various colleges and studios. His work has shown at galleries and museums world-wide as well as illuminating many private homes and collections scattered across the globe. His studio in the 18th and Vine district has been running since December of 2015 and is doing well with architectural glass, lighting, and creating glass art for homes and installations.