Tomas shares startling facts about sex trafficking in Orlando, FL. And with that, he dialogues with the audience about ways to bring an end to this modern day slavery. 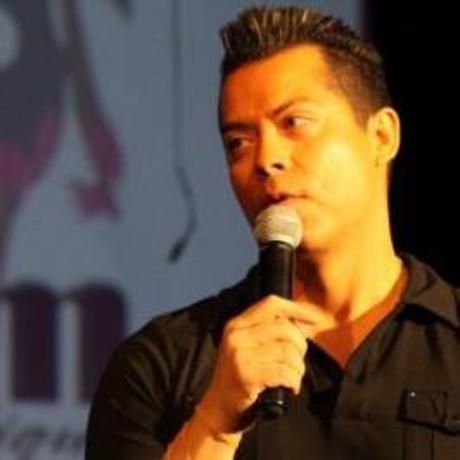 Tomas J. Lares is a native of Michigan State and has over 24 years of human services experience at the local, state and national level, managing and starting non-profit and public advocacy initiatives. Lares attributes his passion for social advocacy and justice to his experiences growing up. As one reads his biography it is easy to see that Lares is living out his passion through his life work. In 2004 Lares became aware of the crime of human trafficking. In 2005 he was instrumental in facilitating the first human trafficking seminar in Brevard County, FL. where over 100+ individuals and organizations attended. An outcome of this seminar was the formation of the East Coast Human Trafficking Task Force, Inc. (Formerly the Space Coast Rescue & Restore Coalition). In 2007 Lares cofounded the Orlando Rescue and Restore Coalition to network law enforcement, civic groups, service providers, educational entities and community/faith based agencies to work together to create a safety net and make preparations as victims are identified, rescued and restored in Orlando. In 2009 Lares initiated a newly formed non-profit called, “Florida Abolitionist” whose purpose is to educate, equip and empower communities concerning the crime of modern-day slavery and facilitate victim services. In January of 2009 Lares led the first Human Trafficking Awareness march in downtown Orlando and recently celebrated the 6th Annual Human Trafficking Awareness Day this January 25, 2014 at the Walt Disney Amphitheater at Lake Eola in downtown Orlando, FL. In 2012 Lares also cofounded and is chairman of the National Weekend of Prayer to End Slavery & Trafficking and recently facilitated the 3nd Annual weekend and was joined by multiple organizations representing prayer and abolitionist movements including the National Association of Evangelicals, St. Thomas University, National Hispanic Christian Leadership Council, Northland Church, Saddleback Church and Trafficking in America Task Force. In 2013 Lares cofounded the Greater Orlando Human Trafficking Task Force, Inc. whose mission is to provide human-rights based, victim centered community forum and mechanism to combat all aspects of human trafficking in the Greater Orlando area through collaboration and partnerships with key stakeholders. The task force has grown to include 15 subcommittees and 7 counties. Lares has an undergraduate degree in Psychology and has worked on graduate studies in the MSW program at UCF. He also has a BA in Biblical studies and a minor in world missions.