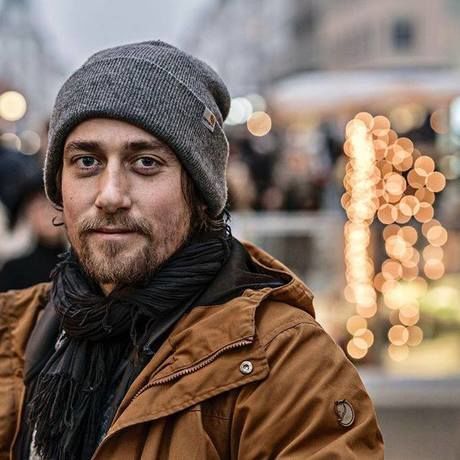 If Toke looks familiar from something you’ve seen on TV, you’re on the right track. In November, December and a few days of January, Toke walked on the streets and volunteered as homeless to highlight the growing homelessness problem. Afterwards it has been cut down to a DR documentary “52 dage som hjemløs” (‘52 days 'homeless series’)

Toke will talk about the process of making this documentary and his experiences as a videographer.

So, if you’ve watched the documentary or just wants to get insights from a cool videographer, join us friday, 26th of may.

Our venue will be at Sjællandsgade Bad on Nørrebro. Sjællandsgadebadet was built in 1917, when citizens of Nørrebro couldn’t shower at home. Now it has transformed into a multi functional space with events such as drawing sessions, lectures, concerts and movie screenings. It’s also still possible to have your daily shower and sauna time in the same space.