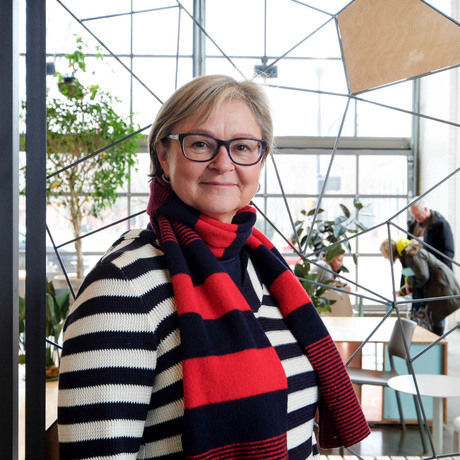 Ann Fisher joined WOSU in 2009 after nearly 30 years in the newspaper business. A native of Michigan, Ann earned a B.S. in journalism at Michigan State University.

She has covered politics, public affairs, culture, media, and business over the course of her career.

Ann started out at her hometown newspaper, The Grand Rapids Press, before moving to Ohio in 1987 to join The Blade in Toledo as a feature writer. In 1989, she transferred to The Blade’s Columbus bureau to cover state government and politics.

In 1997, Ann joined The Columbus Dispatch and covered the Appalachia region of the state for a year before joining the newspaper’s editorial board. She returned to news in 1999 as state editor. In 2005, she became the Dispatch metro columnist.

Ann moved to Ohio for work. She stayed because she loves central Ohio and its people.

She has lived in German Village, Clintonville, and Delaware Township and now makes her home in Worthington with her husband Jeff Martin and their son Liam.