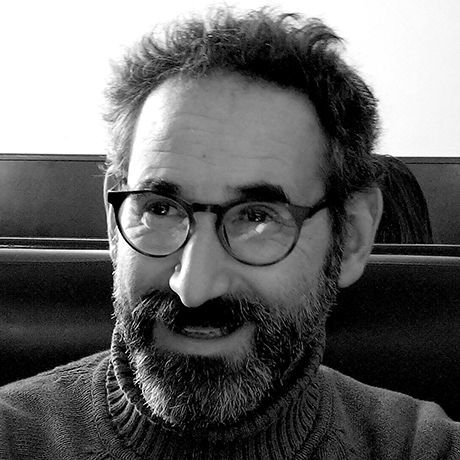 Matteo Pericoli was born in Milan where he graduated from the Polytechnic School of Architecture. In 1995 he moved to New York where he lived for 13 years working as an architect, illustrator, author, journalist and teacher. His work has appeared in various newspapers and magazines, both in the US and in Europe – including, among others, The New York Times, The New Yorker, The Observer, La Stampa and Bell’Italia. In 2007 he completed Skyline of the World, a 397-foot-long panoramic mural for American Airlines’ Terminal at John F. Kennedy Airport in New York. Matteo is the author of several books published in the United States, Great Britain, Italy, South Korea, Taiwan and China, including “Manhattan Unfurled” (Random House), “London Unfurled” (Picador UK), “Windows on the World: 50 Writers 50 Views” (Penguin Press and EDT Torino) and, most recently, “Finestre su New York: 63 visioni della Grande Mela” (Il Saggiatore, Milan). He now lives in Turin where, in 2010, he founded the Laboratory of Literary Architecture (www.lablitarch.com), a cross-disciplinary exploration of literature as architecture. He is currently working on a project with Art for Amnesty for Amnesty International’s 60th anniversary in 2021.