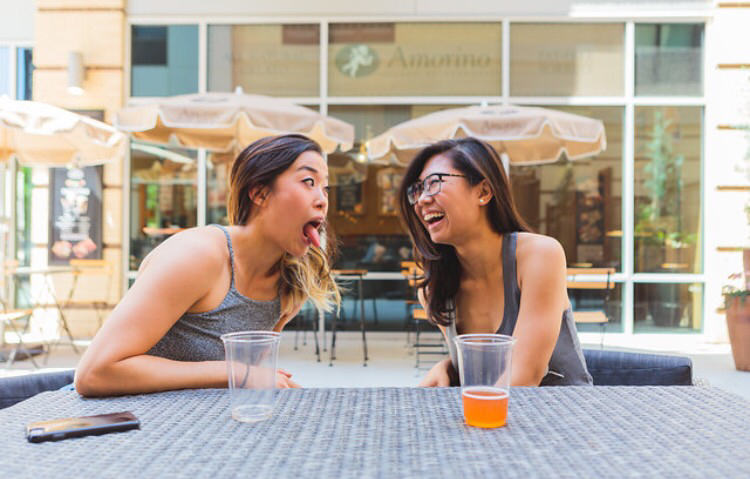 Sunny and Sophia started their journey to food by dreaming about building and running a food truck in 2013. With the help of a successful Kickstarter, they finished building the truck and started service in 2014 as a truck that sold dumplings and pho cheekily called the “Dump Pho King Truck”.

After a year in operation they were approached by Food Network and invited to compete, along with their high school friend Becca Plumlee, in Season 6 of the reality TV show The Great Food Truck Race with Tyler Florence on Food Network under the name “Pho Nomenal Dumpling Truck”. Despite setbacks, including a blown engine in the very first episode, the truck eventually went on to become the first and only all-female team to ever win a season of The Great Food Truck Race.

After being crowned champions of Season 6, Sunny and Sophia decided to keep the “Pho Nomenal Dumpling Truck” name and put their $50,000 winnings from the show towards their brick and mortar restaurant—MOFU Shoppe. Now open for a year, the duo continues to have fun and give back to the community as much as possible.