Joshua Kissi and Travis Gumbs of Street Etiquette connect the dots between New York heritage and the global community. 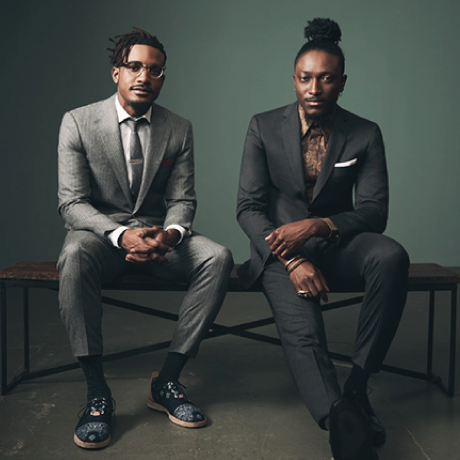 Joshua Kissi and Travis Gumbs are the faces and voices behind the popular mens lifestyle website Street Etiquette. Founded in 2008, Street Etiquette showcases style using a cultural, historical and urban perspective. With sartorial influences stretching from all parts of the world and eras, Street Etiquette has managed to assemble a truly unique view of fashionable menswear. Among other accolades, Street Etiquette has been featured in magazines such as GQ, Complex, Essence and Fantastic Man, it was ranked Best Men’s Style Blog by the Guardian UK, and named among “40 Bloggers Who Really Count” by the London Times. The New York Times published an article, “ Serious About Cool” that told the story of Street Etiquette’s cultural success and the duo that founded it.

A video from the gentlemen’s travels to South Africa:

It's hard to talk about heritage without talking about culture. — Street Etiquette

Heritage is what is passed on to us. It's the land, the buildings—but it's also who you are. Your ethnicity, music, dance, traditions. — Street Etiquette

New York is a city where you see so many different variations of yourself. — Street Etiquette My first event! This was a really cool morning well spent!