The things we create in our head, sometimes are not real.

“Painting is no problem. The problem is what to do when you’re not painting.” -Jackson Pollock

Join us Friday, January 26th at 8:30am for this month’s topic “anxiety”, brought to you by Stephanie Wittels Wachs and the Rec Room. Rec Room is located at 100 Jackson Street between Commerce and Franklin. There is metered street parking in front of the venue and along side streets. There are also paid lots next door and across the street from our building that are open to the public for a fee. Rates vary between lots. 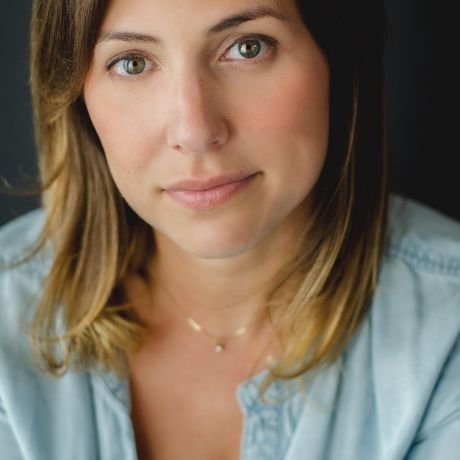 Stephanie Wittels Wachs is a writer whose work has been featured on Vox, Longform, Huffington Post, Fatherly, Mamamia, Babble, and Medium. Her debut memoir, EVERYTHING IS HORRIBLE AND WONDERFUL, will be released February 2018 by Sourcebooks, Inc. Other significant roles include mother, wife, theatre artist, educator, and voice actor. She graduated from New York University’s Tisch School of the Arts and went on to receive her Master’s from University of Houston School of Theatre and Dance. She is co-founder of Rec Room Arts, a non-profit arts organization committed to developing innovative work across disciplines. Find her comedic musings on parenting (and life) on her weekly podcast, “Hands Off Parents.” She lives in Houston, Texas with her family.

To make a decision feels violent. You have to get out of here [your head] and just go a direction and make a choice. — Stephanie Wittels Wachs

The worrying is the opposite of the doing, and the doing is what we have to focus on. — Stephanie Wittels Wachs

There’s not a right path—it’s just where you are right now. — Stephanie Wittels Wachs