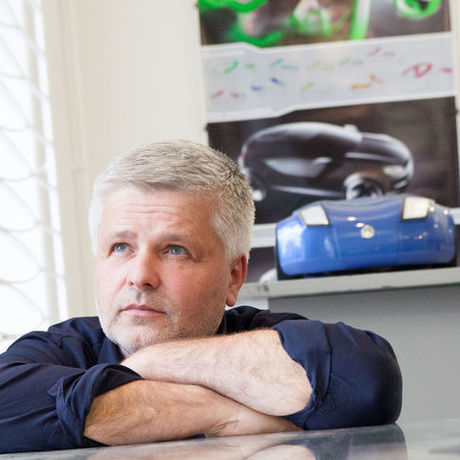 Štefan Klein has devoted the last twenty years into making his dream come true. It is a dream that only few people believed in – a flying car. Currently he works on prototype of AeroMobil 3.0 after he successfully tested concepts and pre-prototype.

Having graduated from Slovak University of Technology in 1983, Klein studied at the Academy of Fine Arts and Design (AFAD), and also at the École des Beaux Arts et Design, Saint Étienne in 1993. Klein became Head of Department for Transport and Design at AFAD where he had responsibility for leading innovative research projects for companies including Audi, Volkswagen and BMW.

His ability to mix design and innovation with commercial acumen has resulted in several successful projects such as the walking excavator for Menzi Muck Switzerland, Locomotive 772, Golf car for Melex Poland and the electric scooter for Piponeer to name but a few. He is currently visiting professor at the Mackintosh School of Art in Glasgow.