Stanley Hainsworth Thoughts on Investing in Yourself and Others

Serving a seven-year prison sentence following his involvement in a notorious heist (portrayed in the film American Animals), Spencer Reinhard was committed to not losing “the best years of his life.” He turned to his own art, determined to refine his craft and technique. In his talk, Spencer speaks to how he found a unique, unexpected sense of freedom and honesty in his art, not constrained by societal influences or monetary pressures. Ultimately, upon release, his art career has flourished. This is the story you didn’t get from the film. 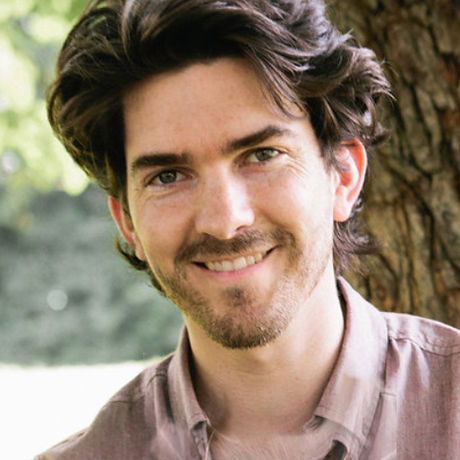 I was born in Lexington, Kentucky and was raised by my wonderful parents in what was a largely carefree and happy childhood. I showed artistic ability from a young age and was selected to attend SCAPA in the fourth grade. I attended Tates Creek High School, where I continued to take art classes, but most of my time was dedicated to playing soccer. After high school I chose to attend Transylvania University where I would continue to play soccer and study art. After becoming disillusioned with the college experience, I rebelled from the sterile, privileged life I was leading by committing six felonies which famously landed me in prison for 87 months. This story was recently documented in the feature film American Animals. I spent two years in FCI Ashland before being transferred to Fort Dix, New Jersey. Through it all, I never stopped making art. After four years in New Jersey I was released back to Lexington where I lived with my parents and continued to paint. Once I was off of probation, I was able to travel and eventually made a trip to Colombia where I painted my first large-scale mural and met my wife Marcela. We are currently living there and have a one-year-old daughter. Though I showed artwork briefly with Ann Tower Gallery, my career as an artist has been limited to private sales and commissions, including contributing a mural to PRHBTN in Lexington in 2018.

I started to think a lot about how the process of making art there was much different. I not only had limited means, which aided creativity, but I was also free from a lot of pressures that our society can put on people in terms of what they're making, or whether or not they're getting paid for it. I was able to find this different type of freedom on the inside—freedom from pressures to have 'things,' to want a 'nice car,' or these impulses that are created artificially in our brains and need to be exercised. — Spencer Reinhard

I was suddenly making art not because I had the privilege to do it...it was an attempt to 'salvage' these years. When you get a long prison sentence when you're 20, there's people telling you 'oh you're going to lose the best years of your life.' And I was determined not to feel like that at the end of the sentence, that I hadn't lost these years, but instead actually gained something. — Spencer Reinhard

Partners A Cup of Common Wealth