Farm-advocate Sonya Coté speaks on her life, inspiration and the road she’s traveled.

Find a recap of the talk here. 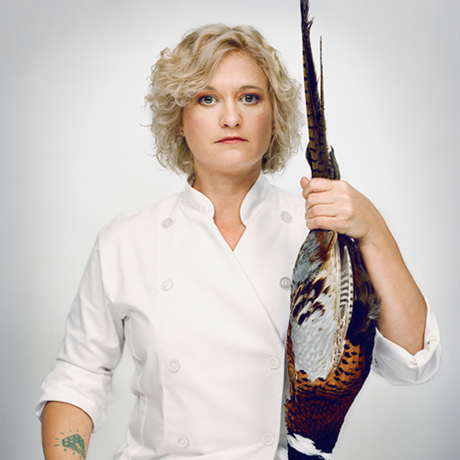 Sonya Coté is a chef, restaurateur and co-founder of Austin’s Homegrown Revival. Marie Claire magazine named her a “Woman on Top,” and she’s been referred to as one of the “Top 10 Badass Women in America.”

Her devotion to local farmers and the farm-to-table movement has come to fruition with her signature restaurant Eden East at Springdale Farm on the east side of Austin. Offering an eight-course tasting menu, this reservations-only weekend dinner and brunch seating puts guests at the center of the farm where the food is sourced, using ingredients that were “harvested just hours before hitting the plate.”

Sonya is also executive chef at Hillside Farmacy and was founding chef for East Side Show Room. In her early career, she used her love of illustration to get her start at Whole Foods Market, ultimately leading to a career as a chef.

Everything I put out is like a mantra; one plate at a time. — Sonya Coté