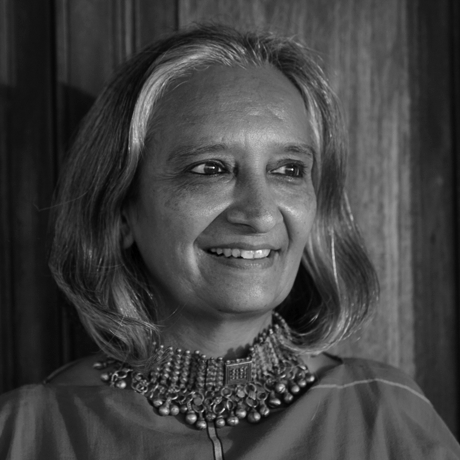 Shimul Javeri Kadri founded and nurtured SJK Architects towards its current avatar as a firm that values culture and climate and builds gently in the context. The firm has won several awards nationally and internationally including the World Architecture Festival Award for the Nirvana Films Building in Bangalore and the Prix Versailles Award for the Dasavatara Hotel in Tirupati.

She pursues several causes - building naturally and lightly, and supporting equality through education and feminism. She is a Trustee for Save the Children India and for Akshara, where she has been actively steering education and woman oriented projects. She is also on the Advisory Committee on Gender for the MCGM.

The added responsibilities as an occasional writer, jurist, speaker and teacher are the outcome of her overwhelming desire to present, engage and discuss her passions and concerns of 30 years of practice!