Vanina Kondova Curiousity as a driver

One year after Snowden: The WW2-roots of surveillance … and why the monitoring of our society will never stop

[For our English speaking guests: Please turn subtitles on at the bottom of the video window.] Exactly one year ago the NSA affair initiated by Edward Snowden started with a first article in The Guardian. Although the topic is circulating for months in public media, little has changed in the web. We still have to assume that secret services monitor our communications. Questions about the political responsibility are still unclear. The longer the story drags on, the more we should worry about the Freedom of Expression in the net. 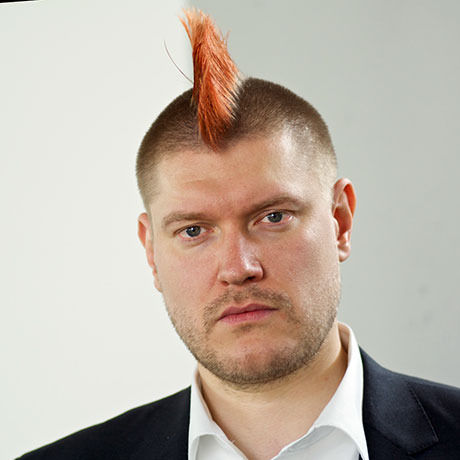 Sascha Lobo (Photo Jens Tenhaeff) is an author, consultant and Germany’s most influential net activist. His subjects are internet, society, politics and culture. On the re:publica 2014 conference in Berlin (May 2014) Lobo criticized with his combative “Talk on the State of the Nation” the net community and politics: “I think it is outrageous for a disaster that was clarified anything in the NSA affair. “He sees the freedom threatened in network … by »Spähangriffe”, “spy attacks” and uninhibited “control mania.”

Of course, we are told that the killer drones are actually directed against terrorists. Simultaneously, the British government believes that the fact-finding journalists from The Guardian are terrorists. — Sascha Lobo