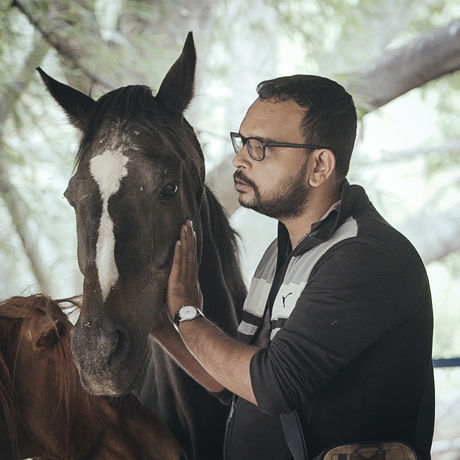 Sandesh is a Founder Trustee and Managing Trustee of SAMABHAVA. He has overseen the rescue and rehabilitation of each of the 54 ponies and horses the organization has taken in under its fold since 2010, and is still very much in-charge of ensuring Samabhava’s 33 equines (present strength) live a life of dignity and freedom. Though mostly a freelance French translator since the inception of the organization, Sandesh returned to full-time work very recently, making it the second time he had to return to full-time work for financial reasons (for the organization).

A vegan since 2002, Sandesh has been active in the field of animal welfare for close to a decade now. His activism reached its peak when he was associated with the Blue Cross of Hyderabad (BCH) for three years. While he served the BCH as an Honorary Secretary for two years, he also had the opportunity to represent the BCH at AWBI as a member in 2005.