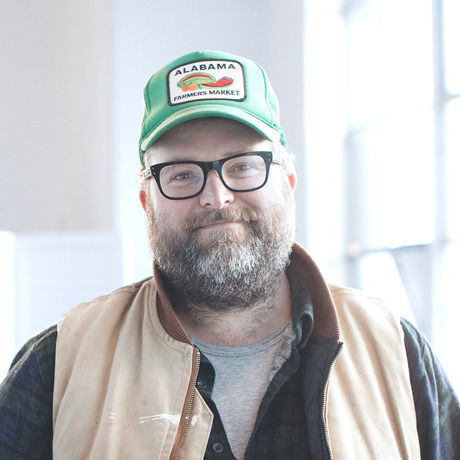 Rohan Anderson is a modern-day hunter-gatherer living just outside the historical town of Ballarat in regional Victoria. Rohan spent much of his childhood on a small farm near Jindivick in regional Victoria where he developed not only an affinity for nature, but also a deep understanding of the role it plays in providing sustenance.

He has taken these lessons into his adult life where he now grows, hunts, fishes, and forages in wild and urban surroundings – procuring food to feed his family. He also documents his adventures on his hugely popular blog, Whole Larder Love, sharing his recipes, slow food philosophies and (sometimes contentious) views with thousands of readers every month.

His first book, also called Whole Larder Love, was released internationally in 2012. A combination how-to manual and cookbook, Whole Larder Love is beautifully illustrated in full colour with Anderson’s own photographs which capture his unique dishes, ingredients, gear and rural surroundings in rich and vivid detail.

Describing himself not as a chef, but rather a family cook, Rohan is influenced by rustic, peasant-style cooking, with minimal fuss involved. You won’t find Anderson in supermarket aisles; instead he is usually wandering around his back garden, heading for a river, and traipsing through the bush or local paddocks to find his tucker.