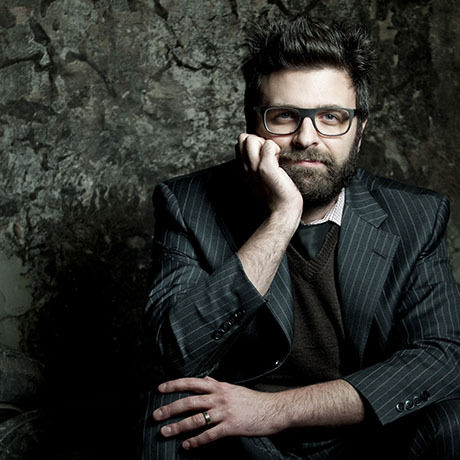 In January 2010 Richard Marsella keenly began working as the Executive Director of the Regent Park School of Music.

In 2003, Marsella completed a Masters degree in music education at the University of Toronto under the supervision of Dr. Lee Bartel and composer R. Murray Schafer. His main areas of study were musical instrument construction and alternative methods in music education.

From 2002 to 2007, he directed the Parade of Noises in the Peel Region, leading over 700 young students in a unique musical experience using homemade instruments. This program used recycled materials to make musical instruments, and was a celebration of odd sounds.

Between 1999 and 2008, Marsella also founded and programmed the Brampton Indie Arts Festival, a multidisciplinary festival held at the Rose Theatre in downtown Brampton. This event has attracted such notable artists as The Nihilist Spasm Band, Marc Ribot, Ron Sexsmith, The Rheostatics, Hayden, Scott Thompson from The Kids in the Hall, Hayden, and many more…

More recently, Richard Marsella worked as the Artistic Programming Co-ordinator for the National Capital Commission in Ottawa. In December 2010, he organized the Olympic Torch Relay on Parliament Hill in Ottawa, where he was able to meet and brief Prime Minister Harper and meet the Governor General.

His work at the community level is where his core values lie. He is committed to injecting new ideas, and helping the Regent Park School of Music grow to even greater lengths.