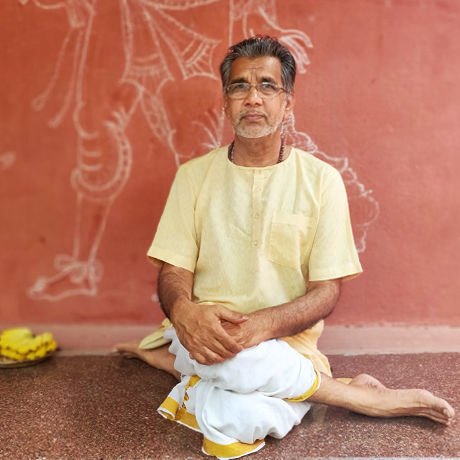 As a child, Raghupathi Bhat became enchanted by the mute, stone images of a neighbouring Keshava temple. While sketching gods and goddesses, he received instruction from a local temple artist on the ancient technique of procuring natural colours using minerals, plants and other naturally occurring pigments.

After some years perfection of natural colors and miniature painting garnered him the coveted national award, presented to him personally by the President of India, soon after which numerous awards and accolades followed. Despite this, Raghupathi Bhat quietly resides at the foot of Chamundi Hlll in Mysore.