Listening to Your Inner Child

Illustrator Richard Kuoch a.k.a. Podgy Panda speaks about the importance of Diving in Head First 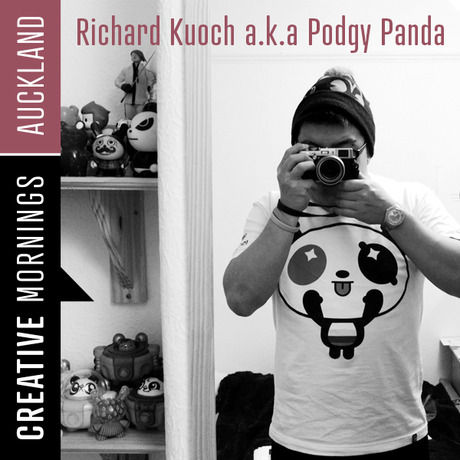 PodgyPanda (Richard Kuoch) is an artist, illustrator, animator and graphic designer based in Auckland. His characters exude that playful innocence we so often associate with childhood.

Utilising his background in animation and graphic design, he follows his motto “Blink, Smile, Share” by creating characters and illustrations that show his fun and unique take on life through art.

Over the past seven years, he has been busy creating and working on a diverse array of projects. His projects range from commercial design such as logos and character creations, through to apparel and mural designs, with up and coming apparel and vinyl toy projects in the pipeline.

Fresh from a stint in London, he is currently working on an upcoming solo exhibition and group shows around the world, where he hopes to expand the world his characters reside in.