Kevin Purdy Death Is Not a Deadline 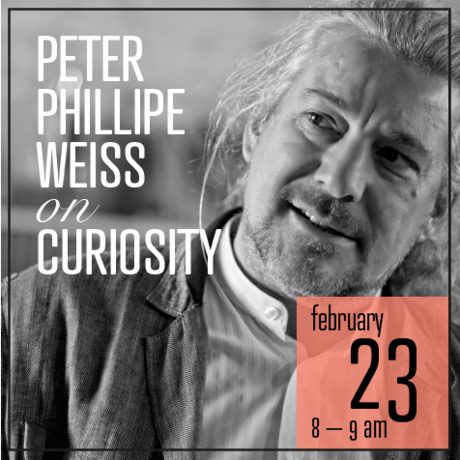 What would be, if a multi dimensional sound installation with an output of 40'000 watts were to appear in a main shopping street of a city? Is it possible to include an actor’s dialogue instead of singing in a song? How does it sound if loudspeakers are buried in sand? How would it be to combine storytelling, film music, sound-design and radio play on a live stage?

Questions and more questions! And a burning curiosity about what that would be like… Curiosity has to deal with both: excitement and failure. And persistence. Maybe also with the ability to restart with a blank sheet of paper.

Author, sound designer, composer and innovator of corporate sound, Peter Philippe Weiss works as an artist, designer and consultant, he is a lecturer at various universities and colleges (including HSG St. Gallen, HTW Chur, FH Offenburg) as well as a juror for the Red Dot Design Award.

At this CreativeMornings talk he will point to where curiosity has lead him and what it has induced. This speech will be held in English