The Tradition of Brewing in Germany

When you name your first craft beer “Prototyp,” you can bet you’ll be sampling something experimental.

How do we create something new and exciting while still preserving and honoring tradition? Oliver Wesseloh, Beer Sommelier World champion and founder of Hamburg’s own Kehrwieder Kreativbrauerei, has blazed a trail in the traditional German beer-brewing field through his curiosity and fearlessness in the face of adversity. Committed to expanding his horizons by learning from other cultures and constantly rethinking the status quo, Oliver has dedicated his life to blending traditional brewing culture with innovation and calculated risks. Riding the line between tradition and innovation, Oliver’s talk will offer us a variety of techniques and tricks he’s picked up along the way. 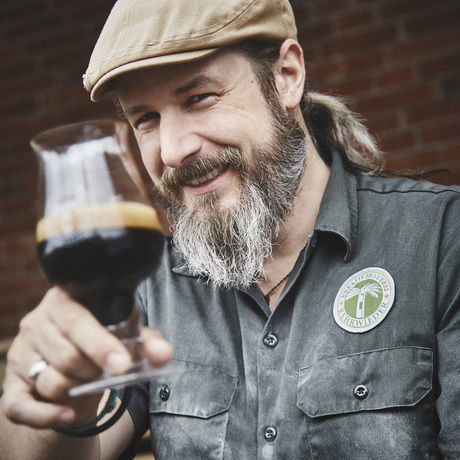 Oliver Wesseloh is a beer lover and expert. His ambition is to create new beers and to reinterpret traditional beer styles. Oliver’s mission as a Beer Freak, Beer Sommelier and Craft Brewer is to create greater consumer awareness about beer diversity around the world.

Oliver is a graduated engineer in brewing technology with a wealth of international experience in the beer industry (including Germany, the Caribbean, Guyana, and North America.) As a consultant to the brewing industry, he travelled the world and worked with numerous breweries in North America and the Caribbean.

In 2012, he moved back to his hometown, Hamburg, and founded the Kehrwieder Kreativbrauerei, one of the first craft breweries in Germany. In 2013, he won the Beer Sommelier World Championship and in 2017 was named Beer Personality of the Year.

Oliver is one of the founding member of the German Craft Brewers Association “Deutsche Kreativbrauer" and is a judge at the World Beer Cup and the European Beer Star. Oliver embodies passion, creativity, knowledge and ambition. He has already brewed a wide range of different beer styles and won several awards with his beers.