In Tune with Horror!

From eerie posters to lure crowds into mid-century drive-in theaters, to scenes from cinema classics such as Psycho, The Exorcist and The Thing, Nate keeps us in touch with paranoia – all in the jovial spirit of Halloween! 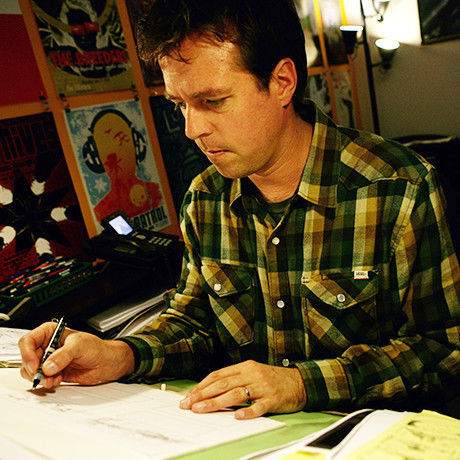 Nathan Stanton has been in the Animation Industry for over 20 years, working on Feature Films, Commercials, and Video Game projects. Pixar Animation Studios has been his home for the last 19 years, providing Story Boarding on multiple films including ‘A Bug’s Life’, ‘Toy Story II’, ‘Monsters INC.’, ‘Finding Nemo’, ‘Ratatouille’, ‘Wall-E’, ‘Brave’, ‘Cars II’, and the theatrical short ‘The Blue Umbrella’.

Prior to Pixar he worked at Skellington Productions on ‘The Nightmare Before Christmas’ and ‘James and the Giant Peach’ doing 2D assistant animation support in the features. ‘Colossal Pictures’ and ‘Wild Brain’ also made for a strong learning ground for more 2D animation on a multitude of commercial and TV projects.

Stanton studied animation at California Institute of the Arts and received his BFA in ‘Character Animation’ in 1992. Professionals in the field of animation provided excellent teachers, and a strong curriculum paved the path to the career he has today.