How To Make a Slipknot

The process of racial reconciliation begins at the intersection of “tell me more.”

Two pastors – with radically different backgrounds – have united around an ambitious, shared mission: elevating the lives of those in north Omaha while encouraging unity between each of their races.

The secret to real equality, they say, flows from reconciliation and peace – but how do we get there?

It’s a process and playing your part starts by pressing “play” right here. 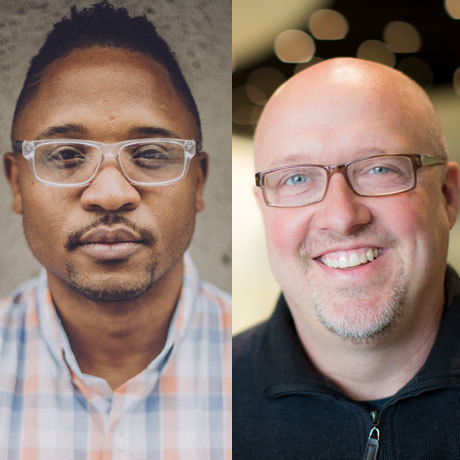 Myron Pierce grew up in North Omaha to a drug addicted single mom and quickly fell into a life of gangs, drugs, and crime. After being sentenced to over 30 years for armed robbery, Myron was miraculously released after 7 years. While in prison Myron found hope in a new Christian faith and when he was released and in 2008 he started on the path to become a Pastor in North Omaha, where today he is Pastoring a church and working to alleviate poverty of the mind, body, and spirit.

Craig Walter grew up in a middle-class, 99% white Omaha suburb where issues of race were only talked about on the nightly news. Yet in his role as the Director of Missions at Christ Community Church he came face to face with the reality of issues like race and poverty when he met Myron in 2010. Since that time they have worked together to bring compassion and hope to North Omaha and to bring understanding and unity between their races.

We have to work a lot harder at intentionally building relationships so we can get to know one another – so that we can destroy racial implicit biases we all have. — Myron Pierce & Craig Walter