Mizin Shin shares about how intentional and unintentional personal and social investments shape the course of our lives.

Artist Mizin Shin shares her own intentional and, more often than not, unintentional investments from youth through adulthood. She traces connections from her patterns of making art and making friends to the resulting academic and professional accomplishments, highlighting how investing in intra- and interpersonal relationships has resulted in unpredictable opportunities. 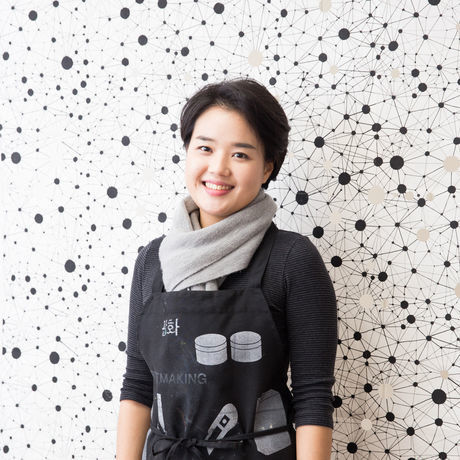 Born and raised in South Korea, Mizin Shin graduated from Hong-ik University with a B.F.A in Printmaking and received her M.F.A from University at Buffalo. She is currently a Visiting Assistant Professor in the Department of Art & Art History at the University of Rochester.

Shin’s work has been shown regionally and nationally at institutions across the United States. She was awarded the 2017 Graduate Student Fellowship from the Southern Graphics Council International, as well as the juror’s award at Brand 45 Works on Paper, 45th Annual National Exhibition of Works on Paper. Mizin Shin is a co-founder of Mirabo Press in Buffalo, NY.

Mizin Shin’s work addresses interdependency throughout societal systems from her experience as someone who often finds herself adopting, and adapting to and from, multiple cultures. Taking economic and industrial ecologies surrounding the manufacturing and distribution of products as an example, she uncovers and visualizes connections to expose these systems as networks interdependent on a large and continually increasing number of other social entities. By revealing the intrinsic connections among familiar objects, the work presents all items of our systems as significant, from the individual elements to the larger constructs. Surrounded by the work, viewers become a focal point in the network model, drawing awareness to their own position and significance in these systems. Theories and topics of research that have informed the work include Self-Organization and pattern formation, The Butterfly Effect, Chaos Theory, Complexity Science and Complex Adaptive Systems, Entropy, Emergence, and Small-world networks.