How honesty is about empathy and education

Mihnea likes to have a dialogues rather than a monologue, thus this talk is more of an honest discussion between him and the audience. He talked about his honesty, the honesty of other, how we need to find our own answer for the question how can we be more honest with themselves and others. How for most people it is easier to find guilt in others rather than being honest with themselves. How their music is sometimes problematic because they try to bring into discussion what they can do better, their mistakes rather than the mistakes or guilt of the others. And how for him it is easier to be honest when being emphatic. How sometimes it takes some effort to be honest and how honesty can not always mean good. 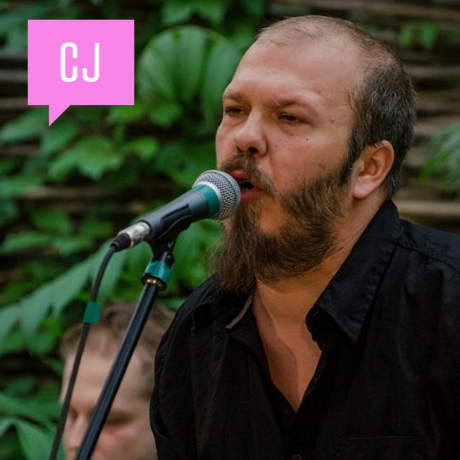 Mihnea Blidariu is a writer and musician, founder of the bands Luna Amară and Dream Diggers. With Luna Amară he launched 6 studio albums, a live album and a DVD. As a writer he published two poetry volumes and a novel. In 2003-2013 he was involved in the Save Roșia Montană campaign, by attending many national and international forums on ecological subjects, protests, marches and direct actions intended to protect the locals, nature and the cultural patrimony in Roșia Montană from the mining with cyanide project proposed by a Canadian company.

Together with Luna Amară, Mihnea is one of the Romanian artists who chose to make art with social-political message, especially promoting the involvement of youth in political life and their active participation to political decisions which affect them. The band is one of the few Romanian bands which has constantly refused to get involved in political campaigns.