How Punk Prepared Me for Down Syndrome

Michael Kaufmann talks on creating for the spectrum, not the mean. 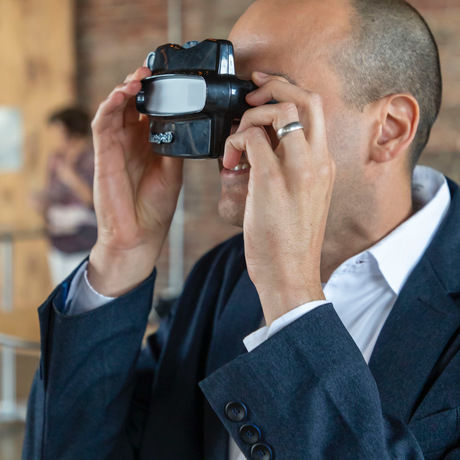 Michael Kaufmann has a rich history of artist management, cultural entrepreneurship and city-building. He works to empower others to create and experience surprising beauty. He operates at the intersection of cultural, economic and community development.

Michael serves on the boards of VSA Indiana, Indianapolis Parks Foundation, Indiana Sports Corp President’s Council and co-chair’s Local Initiatives Support Corporation’s Great Places 2020 steering committee. He helped the formation of the Indy Food Council, recently serving as board president. Additionally he has served on the boards of Butler University’s Center for Urban Ecology, Indiana Recycling Coalition, Latino Youth Collective, IndyHub, IUPUI’s Center for Urban Health, Indianapolis Museum of Art’s Contemporary Arts Society, Spirit and Place, and the Reconnecting to Our Waterways Initiative. He is a member of the Indianapolis cluster of CEOs for Cities and served as the Multimodal Transportation Advisory Committee Chair for Indianapolis Downtown Inc.’s Velocity plan.

Michael facilitated a unique partnership between the Indianapolis Symphony Orchestra and New Amsterdam to bring new music to his city. Michael is also the co-founder of the 1828 Project, a program for emerging non-traditional leaders between the ages of 18 and 28. Additionally he is a co-founder of We Are City, a series of programs that examined challenges and rewards city living, including a twice-weekly email and residency series, importing smart and diverse city builders from other cities to Indianapolis.

He is a recent recipient of Indianapolis Business Journal’s Forty Under 40 and was part class XXXVII of Stanley K. Lacy Executive Leadership Series. He is a member of the 2014 Next City’s Vanguard, which recognizes the best and the brightest of young urban leaders. He is married to the wonderfully talented singer-poet Liz Janes and is the father of two boys of unhinged creativity and joy.

This led me to a desire not to live a life of art, but to rather artfully live. — Michael Kaufmann

How do we move beyond courteous hospitality to courageous inclusivity? — Michael Kaufmann

Design for the spectrum and not the mean. — Michael Kaufmann

The point isn't to erase differences... rather it's to lay a vertical hierarchy on its side. — Michael Kaufmann