CreativeMornings Chicago with guest speaker Matthew Hoffman of You Are Beautiful.

The morning was hosted CannonDesign and sponsored by Steelcase. 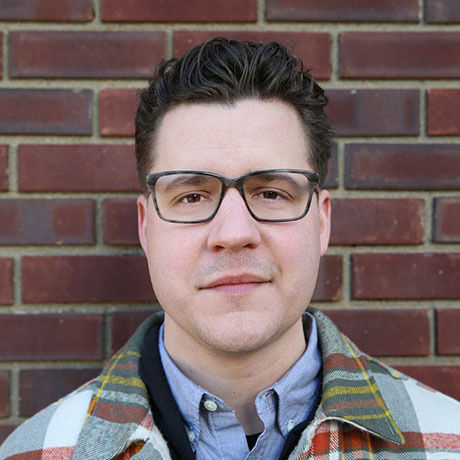 Matthew Hoffman is a Chicago-based artist and designer who operates out of his studio Hey It’s Matthew. He is the Founder & Custodian of the You Are Beautiful project, which has shared over one million stickers, installations, and exhibitions with the world. Hoffman’s ideas and work have been included in Good, the New York Times Magazine, and Ready Made. He has been published in a number of books by Gestalten, Droog, and Taschen, and was recently featured in a segment on the Oprah Winfrey network.

You Are Beautiful is the little sticker that started a worldwide phenomenon. This message, spread by the community, has touched lives on every continent in the world (including Antarctica). It began simply with 100 stickers printed in 2002 in Chicago, and has since evolved into block-long murals, public installations, and exhibitions at cultural institutions involving thousands of artists. You Are Beautiful has been translated into over 30 languages, with over a million stickers circulating around our globe. What happens with the next million is up to you. Grab a handful of stickers, and share this message with your world.

If you can't openly share all of you, you can't really be yourself. — Matthew Hoffman

It's selfish to hide. — Matthew Hoffman

It's really fun to develop a narrative. It's like peeling back the layers of an onion. — Matthew Hoffman

I want this idea to become a household name. I don't care if my name is remembered, but the idea of it. The idea of being more human to each other to become so ingrained that it's human nature. — Matthew Hoffman

In some way or another, we all hide. Use this as a excuse to share, to be human to each other, and to stop hiding. — Matthew Hoffman