On the Importance of Playfulness

Stef Halmos The Future of Genius Cannot Be Gendered 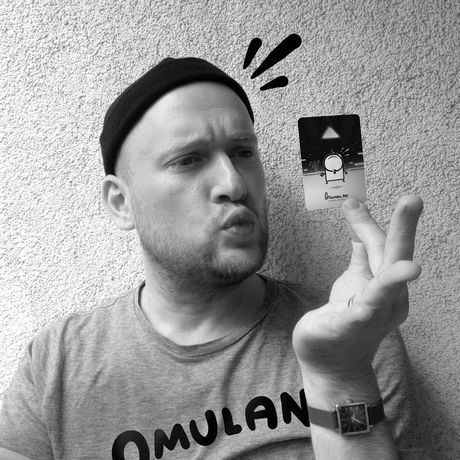 Born and based in Bucharest, Matei Branea is a comics and 2D animation artist, the creator of Omulan, a minimalist character which became a local hit in 2002 with the publication of its dedicated Hardcomics issue. His most well known works are his comics and animations starring Omulan, the animations for the Marcă Înregistrată TV show, the colaboration with Planeta Moldova comic duo for a two seasons TV show, the Invidia music video and his signature posters and animation promos for NexT International Film Festival in Bucharest. His comics and illustrations were published and exhibited internationally from Tokyo to New York, through Berlin, London, Paris and of course, Bucharest. Branea currently teaches animation at the Bucharest Film School (UNATC) and has finished a fresh and spicy 15 min animation, “Omulan!”, a cosmic story about the meaning of life.