Jessica Merrell Letting go of control and going with the FLOW 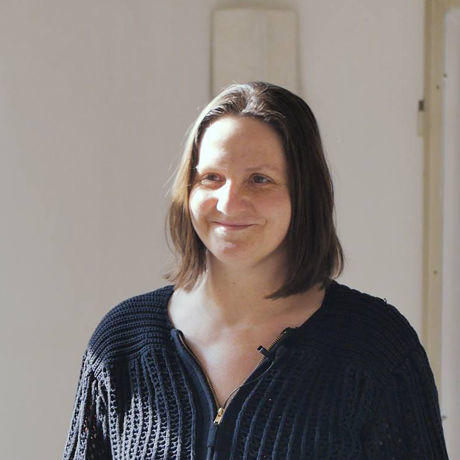 How to build something from scratch?

Maria Riskova, the new director of the Slovak Design Centre, is an example that it is possible to turn something we find meaningful into something real. Moreover, things can be shaped step-by-step, by persistent and long-term work.

“Looking back, I have always been interested in things that were in some way untouched, unexplored, new or first. I probably would not come to the museum or design, if it existed. But it did not exist, it was necessary that everything had to invented, made, started, built up slowly, and that’s what I do enjoy. ”

Since „always“ Maria has been working on the projects that change the cultural map. She makes things differently, fully and professionally.

Maybe it’s her ability to improvise in any conditions - even those institutional. Or the ability to put fear aside. To take dreams seriously, with delight.

Maria Riskova graduated from the history of art and culture at Trnava University, she worked as a curator, coordinator and organizer of various independent projects and spaces. She established the gallery and club Buryzone. In the years 2002-2006 was the founder and main coordinator of the festival Multiplace new media culture, in 2003 she co-founded medialab Burundi as a part of A4 – space for contemporary culture, and later, in 2005, the organization 13 kubikov that explored new models of cultural presentations. She created and taught the subject History of New Media at the Academy of Fine Arts and Design in Bratislava where she collaborates with MediaLab*. In 2013, she was one of the establishers of the Slovak Design Museum and also the leader for the first two years. Since January 2016 she works as the director of the Slovak Design Centre.