Mama Celeste The Rules of Drag

Step into our booth and wonder 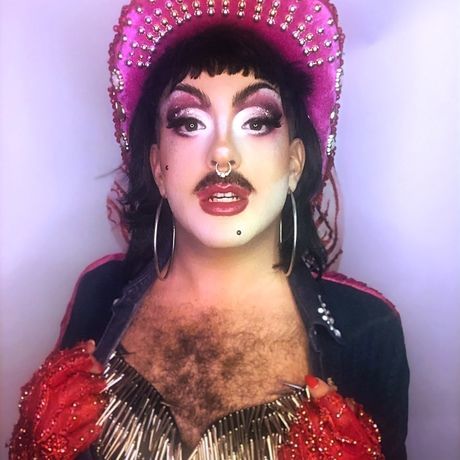 Grey Tartaglione aka Mama Celeste is the cofounder of Oaklash: The Bay Area Drag and Queer Performance Festival. Celeste is an East-Coast grown, Oakland-based drag performer and co-creator of Trish, a collective of Bay Area-based drag artists which explores mediums such as photography, videography, and a self published “drag-a-zine” to showcase the artform of drag. Often irreverent and (hopefully) humorous, Mama Celeste has been seen at venues throughout San Francisco, Los Angeles, Miami and New York. By day, Tartaglione works as the Sr. Communications Officer at MPact, a gay men’s sexual health and human rights advocacy organization based in Oakland.