Humility vs. Ambition: What’s the Score

In this talk, Malcolm Lindsay shares his thoughts on how humility and high ambitions are completely compatible.

Malcolm Lindsay is an established classical composer whose work has been performed internationally by some of the world’s leading players including the Moscow Ensemble, RSNO, BBC Concert Orchestra and BRNO Philharmonic. In his CreativeMornings talk Malcolm discusses his career, the importance of being “humble” while collaborating with others and what humility is all about. 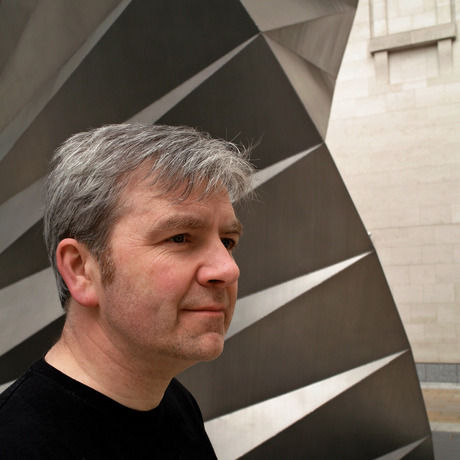 Malcolm Lindsay is an established classical composer whose work has been performed internationally by some of the world’s leading players including the Moscow Ensemble, RSNO, BBC Concert Orchestra and BRNO Philharmonic. He has recently recorded a classical album with the Royal Scottish National Orchestra, He is also a musician and RTS award-winning TV/Film composer. TV credits include BBC 1 drama series One Night; The Children, and Unforgiven both three-part drama series for ITV; In Love With Barbara for BBC4 starring Anne Reid, and popular crime series Taggart and Whitechapel. Malcolm has scored several documentary series including: Mountain for BBC 1; Civilisation Channel 4 and Michael Palin’s documentaries on Art for BBC 2. His film scores include; A Nazi Legend: What our Father Did – Premiering April 2015 @ Tribeca NY, Blinded, Young Adam (on which Malcolm collaborated with David Byrne), Penny Woolcock’s highly acclaimed Exodus and 16 Years Of Alcohol. In addition to his soundtrack work, he continues to collaborate with visual artists, choreographers, theatre groups and writers. He is also in demand as a music producer with some chart success. As a software specialist and later researcher he has worked for MOD, University of Strathclyde, and also set up his own creative institute. He continues some work in relation to creative problem solving and the development of tool kits to assist strategic thinking.