Lisa Quine pulls back the curtain on what and who inspires her art.

Muse is seen today as any inspiration, but its origin in greek mythology is to describe the nine daughters of Zeus. Lisa Quine is a lettering artist with a passion for creating mural installations filled with lyrics and quotes from pop icons ranging the past century. In this talk she considers if each of us have 9 muses, and tipsy tosies through the story of her twenties, revealing the nine largest inspirations of her life. 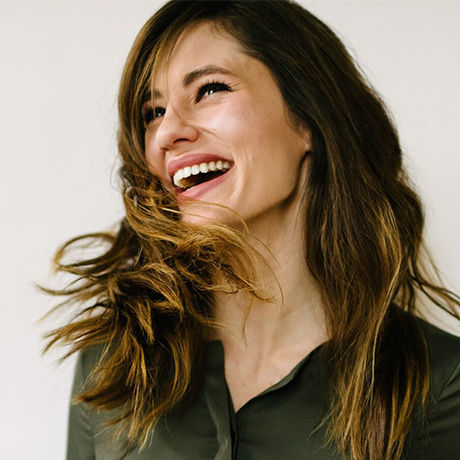 Lisa Quine is a creative consultant who specializes in lettering, murals, illustration, and graphic design. After graduating from the University of Dayton with a BFA in Graphic Design, she began her career in the fast-paced world of advertising. After five years in the industry, she left her full-time role as an Art Director to dedicate more time to her own lettering-centric business. Her projects as a creative consultant have ranged from murals and coloring books to magazine covers and gallery shows. In late 2018, Lisa was chosen by the city of Cleveland to go to Rouen, France for two weeks and help install a mural celebrating 10 years of the two cities being sister cities. She enjoys meeting up with other professionals at creative conferences and networking events, where she has been a speaker, workshop instructor, and Ink Wars participant. In her spare time, she enjoys traveling, hiking, failed cooking attempts, and spending time with her husband and two puppers!

Hosted by The Bop Stop