Bhanu Inkawat What drag me out of bed every mornings?

Be inspired by artist Klone Yourself

Ever wondered how large scale graffiti murals get made? In a rare talk, we get to learn more about Klone, the artist behind some of Tel Aviv’s most memorable and powerful murals, and his inspiring perspective on art, belonging and more. 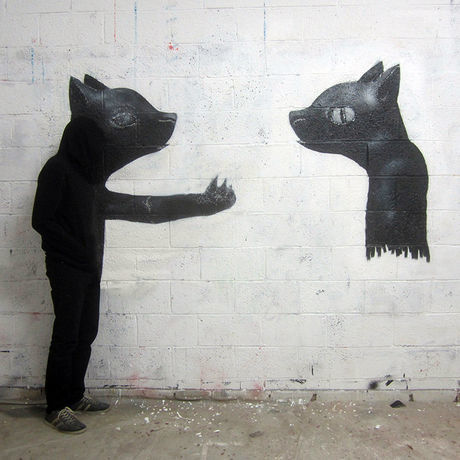 Klone is the artist behind some of Tel Aviv’s most memorable and powerful murals.

Originally influenced by his immigration from the Ukraine to Israel, his graffiti and tags were personal challenges to themes of diaspora. As his works expanded to exhibitions and murals throughout Europe, the Middle East, and the United States, Klone began to integrate more complex traditions of art history and aimed to reach a broader political treatise by moving the intention of his work outside of himself and towards others and their relationships with—and concept of “home.”

This organic approach appeals in its attempt at universality without erasure, without requiring a blank slate mentality. Each installation and drawing, attempts to create an environment that will connect with the observers primal feeling, placing him or her as part of the setting and context of the work.

Whether created inside the studio or in in the public sphere, Klone’s works speak to the exploration of what combinations are available to us with and also outside of a given discourse of belonging.