Terry Behan Exploring the need to fail faster in Africa

Kirk Wallace tells the story behind the story of the design that put him on the map, including how all wasn’t as it seemed, and what he learned about the importance of following one’s passion. 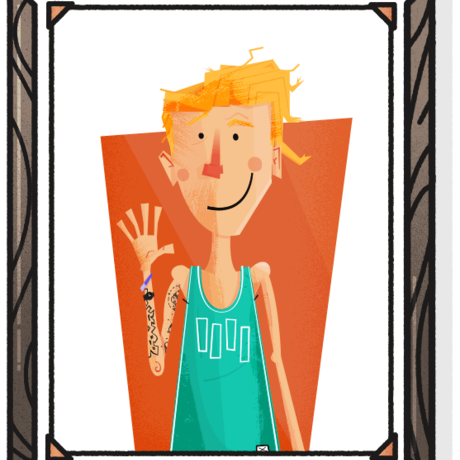 After finding himself with a degree in computer science yet no interest in the work, Kirk decided to ditch his education in order to pursue a career in design. One problem: he had absolutely no design training.

In the short two years that followed, Kirk has become a world-class illustrator - entirely self taught, yet highly respected by both his peers and the greater design community. In 2013, he gained notoriety when the moving story of a tattoo he designed to commemorate his late father went viral, leading him to be featured on Behance and Wired, as well as many other media outlets. What followed was an unexpected storm of attention, or as Kirk sarcastically puts it, “Basically people just commenting rude things and telling me I suck.”

In his CreativeMornings/Boston talk, Kirk will share the story behind the story, one that started with the meaningful yet understated title: “Minimal Tattoo for Dad”.