The Sound of Language

Angad Bhalla The Deeper They Bury Me

Maestro Ken Lam and Principal Oboeist Zac Hammond speak about the unspoken communication that happens in the moment of playing music, the feeling of conducting an orchestra and performing the perfect pitch for a large crowd.

In this inspiring and melodic talk about Languange in Music, we hear tales of will and tenacity to a place where passion reigns supreme. Ken and Zac talk about the beauty behind following your dreams, and how their unspoken communications are a part of making beautiful music day in and day out. Learn about the ways master musicians and conductors do their jobs, in front of an audience every single day, with two greats of the symphony world. 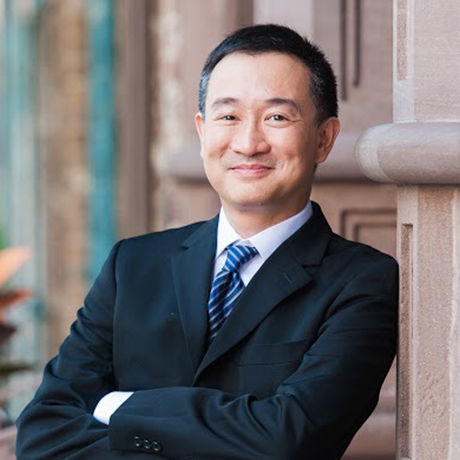 Maestro Ken Lam, recently named as the Charleston Symphony Orchestra Music Director, is the winner of the 2011 Memphis Symphony Orchestra International Conducting Competition, Associate Conductor for Education for the Baltimore Symphony Orchestra, Artistic Director of the Baltimore Symphony Youth Orchestras, Resident Conductor of the Brevard Music Center in North Carolina, Associate Professor and Director of Orchestra at Montclair State University in New Jersey, and Artistic Director of Hong Kong Voices. Maestro Lam was a featured conductor in the League of American Orchestra’s 2009 Bruno Walter National Conductors Preview with the Nashville Symphony and made his US professional debut with the National Symphony Orchestra at the Kennedy Center in June 2008 as one of four conductors selected by Leonard Slatkin. In recent seasons he led performances with the symphony orchestras of Cincinnati and Cincinnati Pops, Baltimore, Detroit, Memphis, Illinois and Meridian, as well as he Hong Kong Sinfonietta, Hong Kong Philharmonic, and the Taipei Symphony Orchestra. In opera, he directed numerous productions of the Janiec Opera Company at Brevard and was Assistant Conductor at Cincinnati Opera, Baltimore Lyric Opera and at the Castleton Festival. He led critically acclaimed productions at the Spoleto Festival USA, Lincoln Center Festival and the Luminato Festival in Toronto, and his recent run of Massenet’s Manon at Peabody Conservatory was hailed by the Baltimore Sun as a top ten classical event in the Washington D.C/Baltimore area in 2010. Previously Maestro Lam held positions as Assistant Conductor of the Cincinnati Symphony Orchestra and Principal Conductor of the Hong Kong Chamber Orchestra. Maestro Lam studied conducting with Gustav Meier and Markand Thakar at Peabody Conservatory. David Zinman and Murry Sidlin at the American Academy of Conducting at Aspen and Leonard Slatkin at the National Conducting Institute. He read economics and law at St. John’s College, Cambridge University and was a finance attorney in for ten years before becoming a conductor.